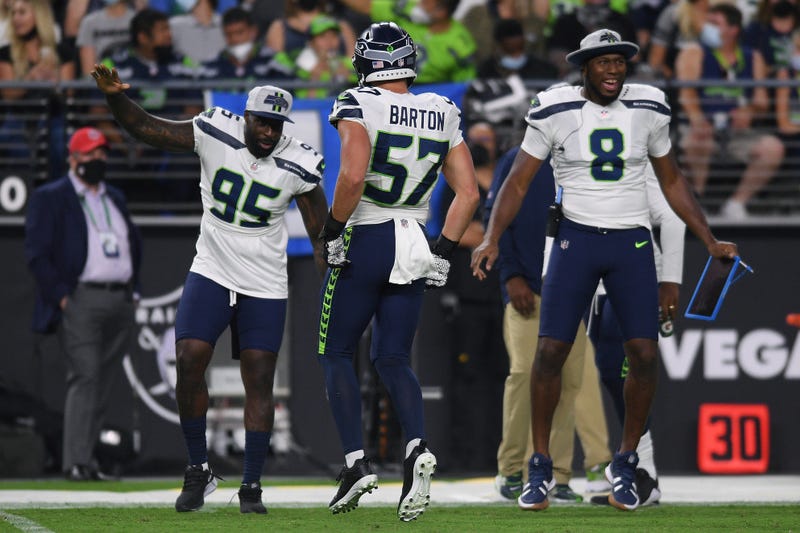 What's up 12s!
First and foremost, how good was it to have Seahawks football on the screen again? Very stoked for the upcoming season!

For the nitty gritty, being that we were the team that lost the game this week, it behooves me to mention that it is difficult to get a feel during the preseason of just how good or bad players are, given that we don't know the skill of who they're playing against, and playing with. That being said, our boys showed that when it comes to offense, we've got some issues in the way of depth.

The offense never truly got started in the game this week. Starting at the top of the order with Geno Smith at the helm, Geno had a hard time 1: finding a target, and 2: getting the ball out to them. Being that we've complained about O-line for so long, that was my main focus in this game, but the line held well enough, in my opinion, that Geno should've been able to move the ball a hell of a lot better than he did. As far as the run game goes, I wasn't overly impressed with Alex Collins either. He showed a lot of the same issues that he had in his first stint with us, he comes in with a lot of power and energy, that goes from 60-0 as soon as he makes contact with the line of scrimmage. Yeah, he's able to plow the line for 2 yards, but in the case of a 1st and 10, we need to move the ball better than that.

Where we found some confidence was on the defensive side of the ball, and when we moved to our 3rd string QB and RB. A lot more names stuck out on the defense. Alton Robinson had a hell of a showing, Cody Barton, Ben Burr-Kirven, Ryan Neal all had a great game and showed that they're ready for some real playing time. Despite the finishing score, I thought the backup defense held rather well considering certain circumstances. On top of that, save for a couple rough plays, when Alex McGough was brought into the fray with DeeJay Dallas in the back, that's when I feel we had the best job moving the ball. In my opinion, they're better slated for their respective #2 spots, I want to see a little more competition thrown at them to see what they're truly made of.

Again, with the preseason, you don't know what quality of talent you're working with, so highlights need to be taken with a good grain of salt. But I think a few players displayed what was expected and more. Still excited to see what this team can get done. Round 2 is hosting the Broncos back in lovely Seattle! Good to be back y'all! With that...Mike Hawk is OUT!