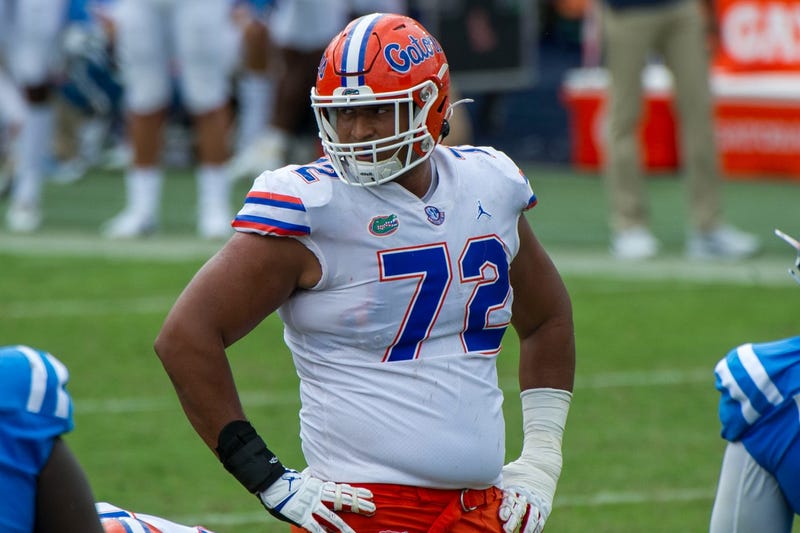 Hola 12s!
Now that the dust has settled on the Draft, we can finally dissect and analyze what just happened. I, for one, am rather pleased in what came out of the Seahawks draft class, but I know that there are plenty still biting their nails about the subject. Rest assured, this was a good class we just brought together.

3 picks in an entire draft isn't sexy in the least bit, but you've got to look at this like my buddy VD would say, "Through the 5000ft lens". What did we need? "O-line" "o-line" "O-line", and you're all not wrong, we needed help on the front line something fierce. So why the Wide Receiver with the first pick? If we truly think to answer that question, it's obvious, he fills the shoes of David Moore that opened up after we traded him. This gives Russ a good dependable 3rd option at wide receiver to help him get rid of the ball quicker. He's got speed, agility, and will likely start out as our new return man.

The Seahawks get Russ another weapon in Western Michigan WR D'Wayne Eskridge with the No. 56 pick in the #NFLDraft pic.twitter.com/lXHOZlhBbH

Beyond that, we've drafted a new Corner out of Oklahoma, and the stats below speak for themselves. He's going to fill the shoes left vacant by Shaq Griffen, and I foresee him filling them beautifully, especially beside DJ Reed, who showed Caroll that there's serious stock in smaller Cornerbacks.

Lastly, we got ourselves the O-lineman that we were looking for, Stone Forsythe, as that added bit of insurance on the front line. He'll likely learn under the veterans in the rookie season and be brought out NEXT season, barring any emergency need this season. All I know is they were hoping to get him, they traded their last pick for him, and are very happy that he made it on the roster.

I do have 1 theory that is backed up by little evidence, but it's driving me insane. I seriously think the Seahawks wanted my pick, Pat Friermuth TE out of Penn State. Caroll likes Tight Ends, he's been trying to utilize them for years, we just picked up Everett that could've been a mentor to train him up quicker, but the Steelers grabbed him literally the pick before ours, and the Hawks ran out the clock on their pick. There's nothing confirming this theory, just a theory...

So, let's break it down. We needed a replacement for Shaq Griffen, and David Moore, and we needed another man on the frontline. We got it all with the 3 picks we had to deal with, and they were all solid guys that should be able to get the job done. How does this translate into the season? I guess we'll find out in about 4 months! I'm stoked gang! With that...Mike Hawk is OUT!