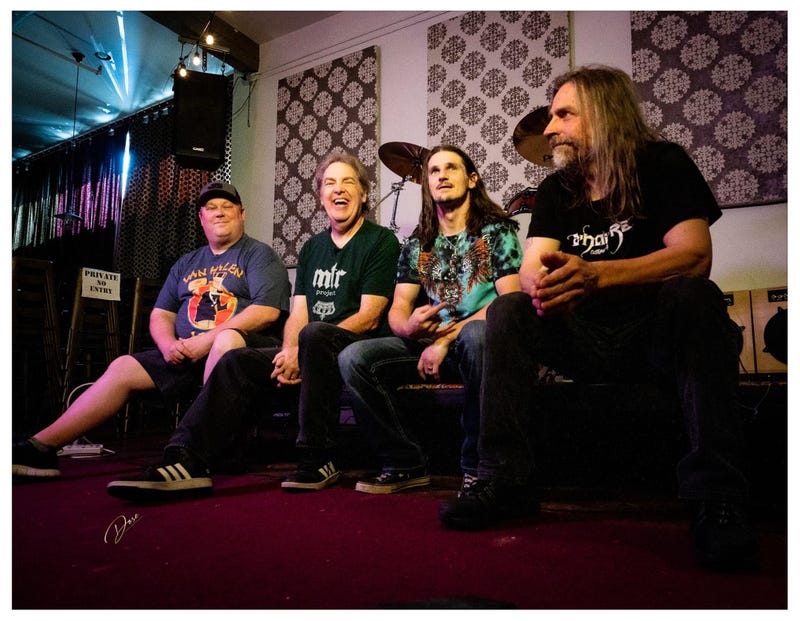 MTR Project is a Northwest band with deep roots in the Seattle scene.

Martin spent over a decade living on the streets battling addiction, his remarkable survival story is the inspiration for many of our songs.

Andy Beech is known world wide for his custom made guitars. Andy crafted many guitars for Prince including his iconic symbol guitar that Prince played at halftime of the Super Bowl.

Andy also toured the world several times with Ozzy as Zakk Wylde’s guitar tech. He not only plays incredible lead for MTR Project, we all play his D’haitre guitars.

Dave and Mike both  grew up on Bainbridge Island. Dave was a founding member of Malfunkshun  with Andy & Kevin Wood.

Mike played in many Seattle bands, most famously with Shawn Smith and Kevin Wood in All Hail the Crown.

We got together in 2020, recording a self titled EP… our new album “Always a Way Out” is coming out in September with several singles available on streaming platforms now.

We’ve had some success with the new music already, “One Day Closer to Tomorrow” and “Be the Change” were in the top 50 on the Spotify hard rock charts for North America in July.