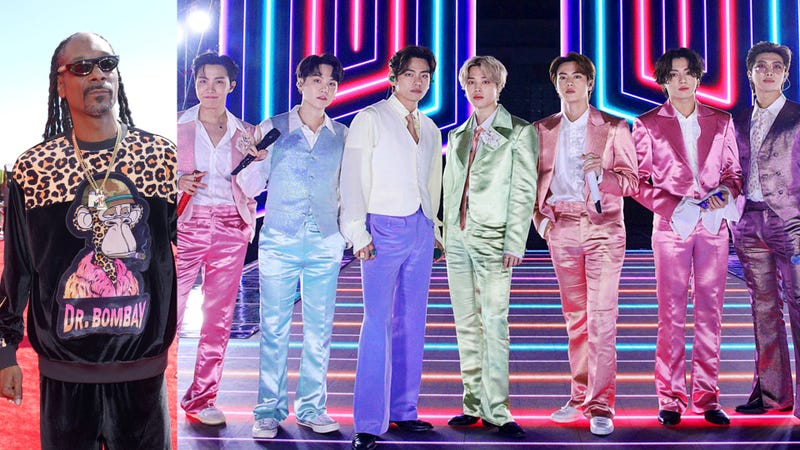 Not gonna lie, this is pretty major, Benny Blanco has enlisted not only BTS members Jin, Jimin, V and Jung Kook for his latest single “Bad Decisions,” but he also tapped Snoop Dogg to hop on the track.

Set to appear on the producer’s upcoming third album, expected later this year, the song boasts a bouncy and blissful, flirty dance vibe. As the lyrics declare a yearning to be with the one they desire “all of the time.”

A point that could be entirely misconstrued with the song titles implying the making of harmful choices. But as Snoop explains on his verse, that’s not the case at all — “like bad meaning good.”

“If you want my love / Come a little bit closer / Don’t make me wait / Let’s make some bad decisions / I want you, oh baby, all of the time / So give me all your kisses / I want you Monday, Tuesday, Wednesday, baby, every night,” BTS sing on song’s hook.

In addition to the single, the Ben Sinclair-directed music video also dropped, in which Benny, a major fan of the K-pop boy band, excitedly prepares for an upcoming BTS concert. Doing some collaging, a bit of baking, getting his dance on in his living room while Snoop appears on his TV, and of course finding the perfect fit.

As the countdown to the concert nears its end, Blanco is stuck in LA traffic on his way to the show. In order to make it on time, he abandons his car and starts running, only to learn the show isn’t actually until the next day once he finally gets there.

Check out the brand new track below.