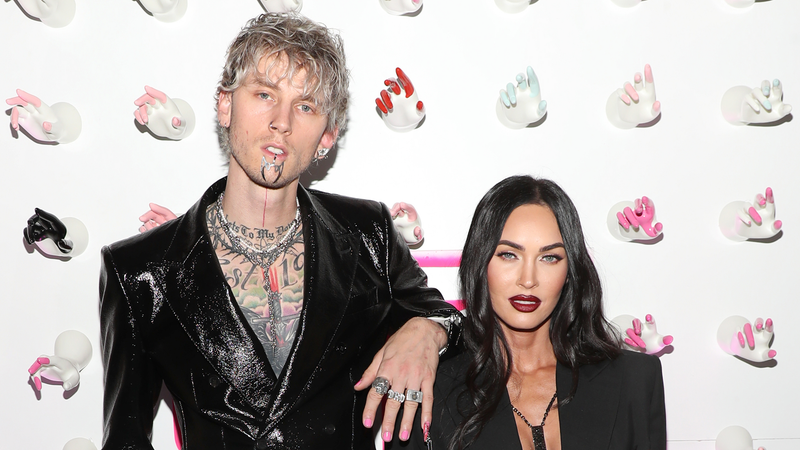 As Machine Gun Kelly and Megan Fox continue their parade of newly engaged bliss, they’re giving us a glimpse into what happens behind closed doors. By inviting us into their bathtub… well kinda.

As seen in Megan’s Instagram story, the twin flames showed off their not so sudsy, rose petal filled tub time, as well as their matching chrome manicures. 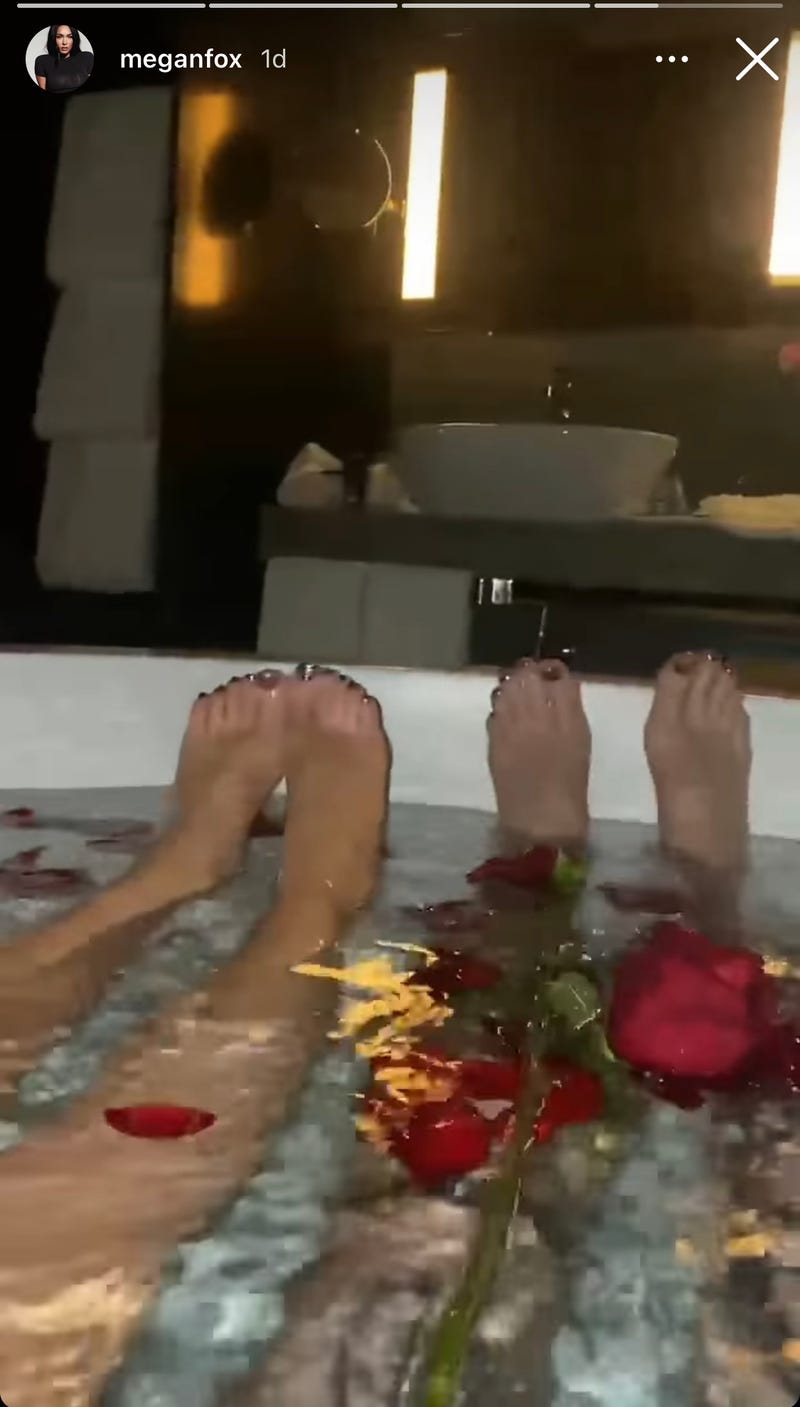 With both their feet propped up against the edge of the luxury tub, Fox and Kelly (real name Colson Baker) joyfully giggled with one another. And as the clip was nearing it’s end Baker laughed as he asked — "What the f*** is happening?" Which truthfully is a totally viable question, but we’re choosing to just roll with it.

While it may be a little TMI for some, the lovebirds' latest slight overshare is actually pretty cute. After all, this is the duo who drank each other's blood after getting engaged.

Since meeting on a movie set of Midnight in the Switchgrass the two have been pretty much inseparable. "The second that I was in a room with him and said hello to him and looked into his eyes, I knew right away that he was what I call a twin flame," Megan said in a July 2020 episode of the Give Them Lala…With Randall podcast. "We're actually two halves of the same soul I think. I said that to him almost immediately. I felt it right away.”