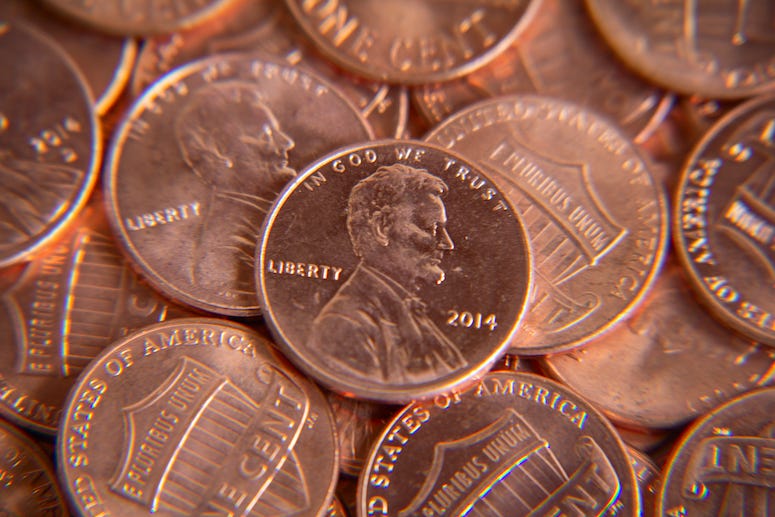 Last November, Andreas Flaten of Peachtree City, Georgia gave his two weeks notice to his boss at Walker Luxury Autoworks, and he wasn't happy about it.

Flaten said when he delivered the news, his boss was so upset, he "put his hands on his head, walked out, and disappeared for an hour."

Four months later, Flaten's job still owed him $915 worth of pay that they never gave him, so he called the Georgia Department of Labor to complain. Finally, his boss delivered his final paycheck, and all $915 of it was comprised of about 500 pounds of pennies! And they were all covered in OIL!

Flaten's boss also left him a friendly note that does contain some NSFW language, so be warned!

Flaten told UPI that he quit his job because it was a toxic work environment (clearly), and that the pennies are currently being stored in his garage while he works on cleaning them so they can be cashed in.