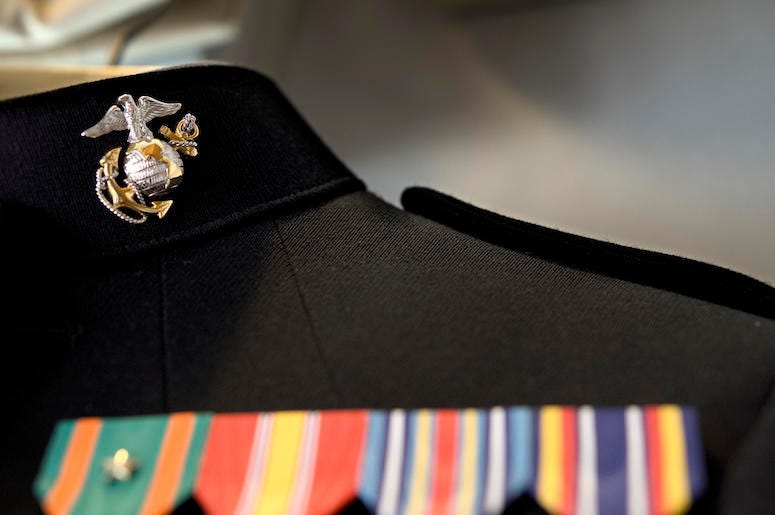 A new bride wasn’t sure if she handled this little situation at her wedding properly.

The woman took to Reddit to ask the people of the internet if her actions, at her own wedding, were justified.

She wasn’t sure if she was in the wrong for kicking a man wearing his full military uniform, medals and all, out of her wedding.

She wrote on Reddit’s popular “Am I The A-Hole” forum, “The son of one of my husband's family friends showed up to my wedding in his marines formal wear, complete with all his medals. Now, I have nothing against anyone in the military but this was a black tie optional wedding and frankly it felt very out of place and it seemed like he was just trying to show off.  My wedding had over 300 guests and nobody else felt the need to wear something to make them stand out.”

The bride relented that the man was very polite and acted like a gentleman the entire night, though when he started getting multiple requests for pictures with the other guests, she felt he was stealing his thunder a little too much.

So she kicked him out of the wedding!

She continued writing, “If he wants to wear that to his own wedding then fine, but the whole point of having a dress code at a wedding is so that no one guest will stand out too much.” She also did admit feeling bad for kicking him out, but just “didn’t feel right” about having him there.

She asked the forum if she was in the wrong for kicking him out, and she got mixed responses, but for the most part, most people seemed to agree that he probably shouldn’t have worn the uniform.  One serviceman wrote, “It's formal military wear, but as a vet I can tell you that anyone who tries it in this situation is going to get the stink-eye from anyone whose(sic) ever served. This reeks of ‘thank me for my service.”

Another wrote, “No question you're an A. An over dramatic, self centred(sic) A.”

And finally, former Army Sergeant wrote, “Him: Wearing formal military wear at formal civilian events is allowed per regulations (Army is AR 670-1, no clue for marines), but you have to be a special kind of a--h--- to wear it to a non-military wedding without specific permission of the couple.  You: He was rude. No question, but kicking him out of the wedding was a bit much. It's your special day, but you shouldn't forget that you play dual roles-- you are both the host and the one fêted.”