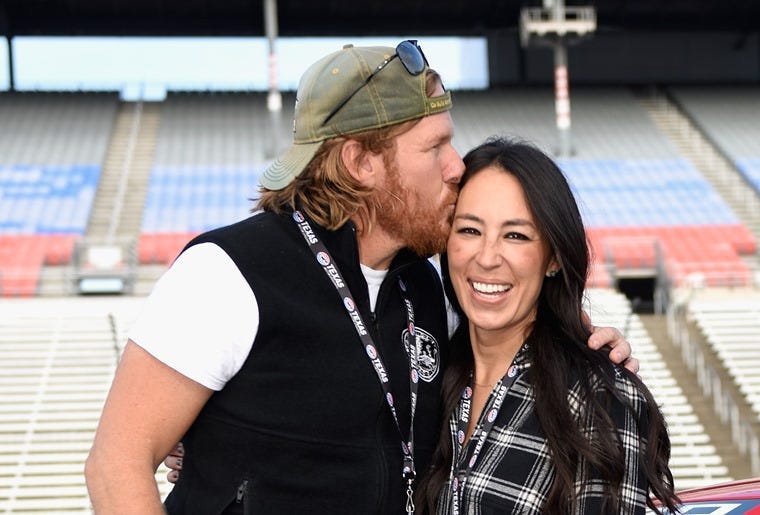 USA TODAY reports after several other TV offers, Waco's Chip and Joanna Gaines (Fixer Upper, Behind the Design) and their own Magnolia brand have signed a deal with Discovery (HGTV's parent company) to be chief creative officers and owners with a minority stake of a new yet to be named cable TV network, which will begin next year.

In addition to home design and construction, Chip and Joanna will expand their TV content, according to HGTV President Allison Page, who will leave that position to run the new venture with them.

Page told USA TODAY, "What they do and know and love certainly incorporates home and design and construction, but that’s just a piece of it"..."We’ll have stories about family and community, food, garden, of course design, wellness, entrepreneurialism. There are so many facets, at least in television, that people have not seen from them."

Discovery CEO David Zaslav told E! News, "Chip and Joanna Gaines have become trusted, household names since the debut of Fixer Upper and through this joint venture, Discovery is proud to extend our relationship with them,"

Zaslav also said, "They've got authenticity and relatability, that special something that is so difficult in our business to find. People love them, their taste, their businesses—they've built an ecosystem that aligns perfectly with our vision at Discovery for fueling people's passions."

E! News also reports starting in the summer of 2020, Discovery's DIY Network will be rebranded under the joint venture. The new network will also feature the entire Fixer Upper library of episodes, a streaming app, plus a "view and do" on demand service with new short and long-form content, selected by Chip and Joanna.
Chip told USA Today, "The difference moving forward is Jo and I are going to be able to tell more of our life stories"... "And so, as opposed to it being a very narrow vein in our universe, which is obviously construction and design and the things we do for a living, for us we feel like there's a more holistic story to be told here, and that's what we're going to focus on."

Congratulations to Chip, Joanna, and their family on their new and exciting venture!