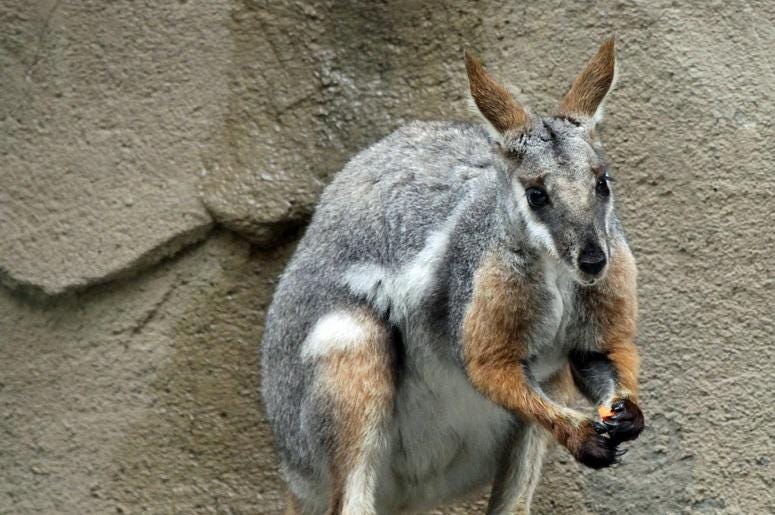 There are plenty of animals one might come across while living in Dallas, but a wallaby is not one of them. That’s why a Dallas couple was in shock when they saw the marsupial hoping across the street near their home in the Old East Dallas neighborhood.

Tim Tiernan, along with his wife, Casey, was on a walk Wednesday morning when they saw what at first appeared to be a dog. The animal hoping around the 5900 block of Vickery Boulevard was in fact not a dog, but instead a wallaby, a marsupial native to Australia that is closely related to the kangaroo.

“We watched it hop across two front yards and down to our property,” said Tiernan. Dallas animal services officers eventually controlled the wild wallaby in the Tiernan’s backyard. No decision has been made at this time what will happen to the wallaby.

So that’s where I left my Wallaby.
https://t.co/o8Br4Xweg7

anyone in dallas misplace their kangaroo or wallaby? pic.twitter.com/xPIzMNuJVq

Plenty of people in the area went to social media in hopes of finding the wallaby’s owner. Sadly, it is illegal to own a wallaby in Dallas without a permit. Luckily the wallaby is now safe, but he seemed to have a fun day exploring the city.