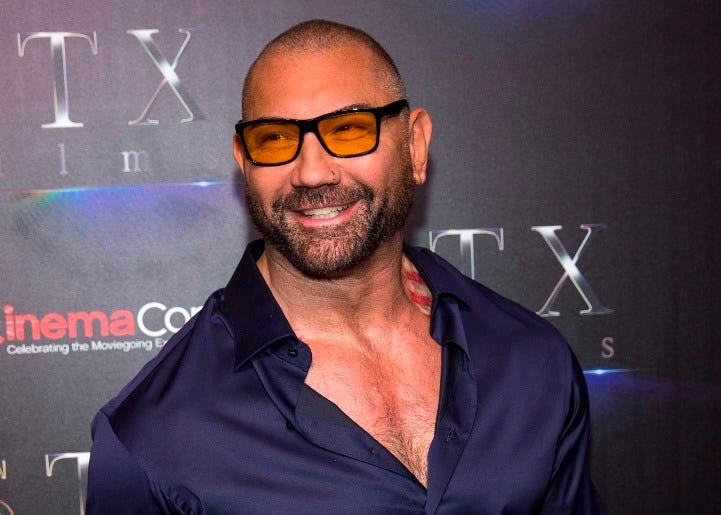 Guardians of The Galaxy co-star 50-year-old Dave Bautista, a 6 time WWE wrestling champion who's victories include winning the 2005 and 2014 Royal Rumble, lost in Wrestlemania 35 this weekend to "Triple H".

After his match, which included being hit with a steel chair, steel steps, and having his nose ring removed with pliers by Triple H, Dave took to social media... to say goodbye to his wrestling fans.

In addition to Avengers: Endgame, Dave will be in Stuber, which opens July 12.
Additional upcoming movie Dave will be part of include Escape Plan: The Extractors, My Spy, Dune and Army of The Dead.
Best wishes and continued success to Dave Bautista!