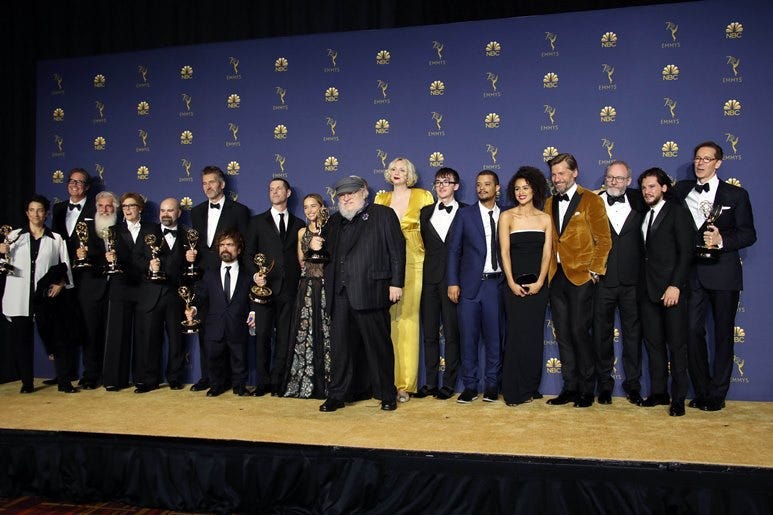 According to co-executive producer Bryan Cogman, “What we have asked the production team and crew to do this year truly has never been done in television or in a movie." Cogman continued, “This final face-off between the Army of the Dead and the army of the living is completely unprecedented and relentless and a mixture of genres even within the battle. There are sequences built within sequences built within sequences. David and Dan [wrote] an amazing puzzle and Miguel came in and took it apart and put it together again. It’s been exhausting but I think it will blow everybody away.”

Ian Glen ("Ser Jorah Mormont") told EW, "“It was the most unpleasant experience I’ve had on Thrones" ... “A real test, really miserable. You get to sleep at seven in the morning and when you wake in the midday you’re still so spent you can’t really do anything, and then you’re back. You have no life outside it. You have an absolute f—ked bunch of actors. But without getting too method [acting] about it, on screen it bleeds through to the reality of the Thrones world.”

When it comes to the film crew, Liam Cunningham ("Ser Davos Seaworth) told EW, “I heard the crew was getting 40,000 steps a day on their pedometers."... “They’re the f—king heroes.”

Learn more about the extreme conditions and hard work the cast and crew of Game of Thrones went through to bring you a brilliant final season, HERE.