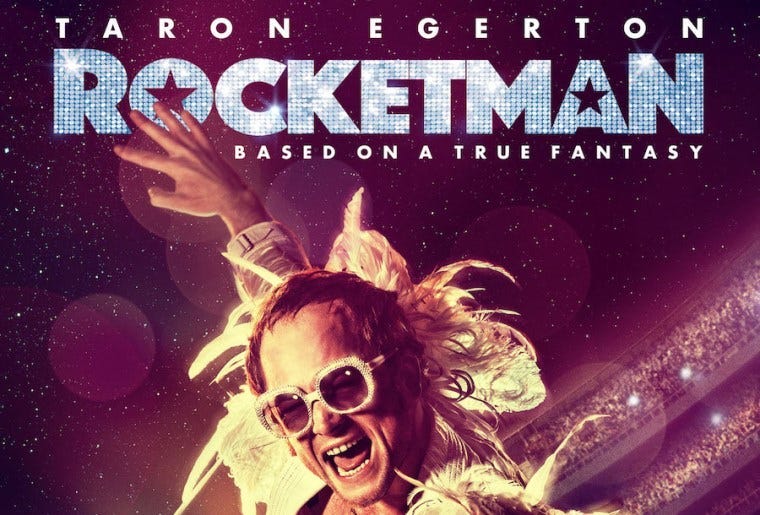 The new story follows the heroic efforts of the crypto-zoological agency Monarch as its members face off against a battery of god-sized monsters, including the mighty Godzilla, who collides with Mothra, Rodan, and his ultimate nemesis, the three-headed King Ghidorah. When these ancient super-species - thought to be mere myths - rise again, they all vie for supremacy, leaving humanity's very existence hanging in the balance.

Critics: per Rottentomatoes.com, "Godzilla: King of the Monsters delivers spectacular kaiju action -- and reaffirms that cutting-edge effects are still no substitute for a good story. 41% Like."
Blake: this Godzilla, is an afternoon-at-best-budget-thrilla! No, it's not your eyes, it's the cinematography guys. If you hear moans, it may be because it's a little too dark, like the final episodes of Game Of Thrones. Or, it simply could be, someone leaving with no plans to return, after they pee!  1.5 of 5 stars.
"Ma" - Rated R
Oscar (R) winner Octavia Spencer stars as Sue Ann, a loner who keeps to herself in her quiet Ohiotown. One day, she is asked by Maggie, a new teenager in town (Diana Silvers, Glass), to buy some booze for her and her friends, and Sue Ann sees the chance to make some unsuspecting, if younger, friends of her own. She offers the kids the chance to avoid drinking and driving by hanging out in the basement of her home. But there are some house rules: One of the kids has to stay sober. Don't curse. Never go upstairs. And call her "Ma." But as Ma's hospitality starts to curdle into obsession, what began as a teenage dream turns into a terrorizing nightmare, and Ma's place goes from the best place in town to the worst place on earth.
Critics: "Octavia Spencer's performance overpowers many of Ma's flaws, but uneven pacing and a labored story keep this thriller from fully realizing its unhinged potential. 64% Like", according to Rottentomatoes.com.
Blake: my trusted sources tell me Ma... is a little mad, in a nut-job manner, that's not trying to be great, but does give Academy Award winner Octavia Spencer plenty of play-space in the kind of role you're not accustomed to seeing her in, which strategically, is a good professional move for her. Versatility, is good! Ma... is semi-good. 3 of 5 stars!
"Rocketman" - Rated R
Rocketman is an epic musical fantasy about the incredible human story of Elton John's breakthrough years. The film follows the fantastical journey of transformation from shy piano prodigy Reginald Dwight into international superstar Elton John. This inspirational story -- set to Elton John's most beloved songs and performed by star Taron Egerton -- tells the universally relatable story of how a small-town boy became one of the most iconic figures in pop culture. Rocketman also stars Jamie Bell as Elton's longtime lyricist and writing partner Bernie Taupin, Richard Madden as Elton's first manager, John Reid, and Bryce Dallas Howard as Elton's mother Sheila Farebrother.
Critics: "It's going to be a long, long time before a rock biopic manages to capture the highs and lows of an artist's life like Rocketman. 90% LIKE", according to Rottentomatoes.com.
Blake: those in-the-know tell me Rocketman may actually rocket past Bohemian Rhapsody, as far as quality is concerned, and sets a gold standard for how such music-biopics should be done. Whether you're an Elton John fan, or you know little about him, this movie has an excellent chance of pleasing you, from beginning to end. Hail-Hail Rock & Roll! 5 stars!

Thanks for listening to 98.7KLUV - "Nobody Plays More '80s" and enjoy a new movie this weekend!