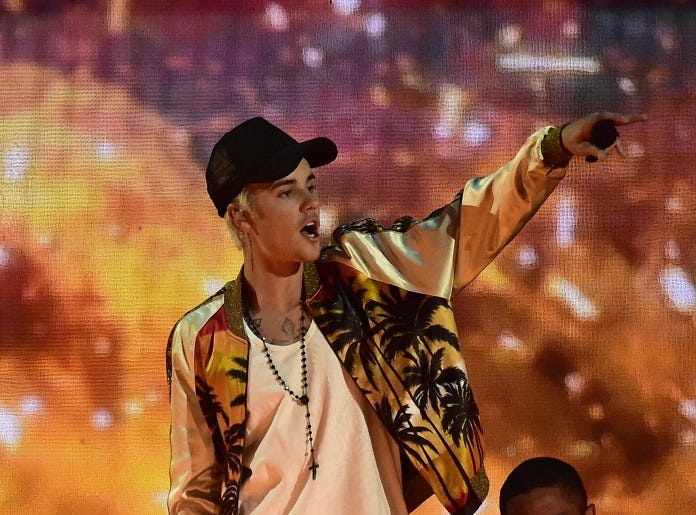 Justin Bieber and his wife Hailey Baldwin recently spoke with Vogue and Justin reveals he was celibate for a year (yes, 365 days) as a way of "feeling closer to God" before getting back together with and eventually marrying Hailey. Justin feels doing so bettered his soul, and the result was God rewarding him with Hailey.

In addition, Bieber says they abstained from sex until they married this past September.

Justin also reveals he had a "legitimate problem with sex" as a vice, that didn't provide him pleasure anymore, plus abusing Xanax when he was younger. Justin noted, "drugs put a screen between me and what I was doing", specificaly his life as a playa! While sleeping, his security would check his pulse, just to make sure he was still alive.

Best wishes to Justin, Hailey and on their marriage.

Learn more about Justin and Hailey's interview with Vogue, HERE.