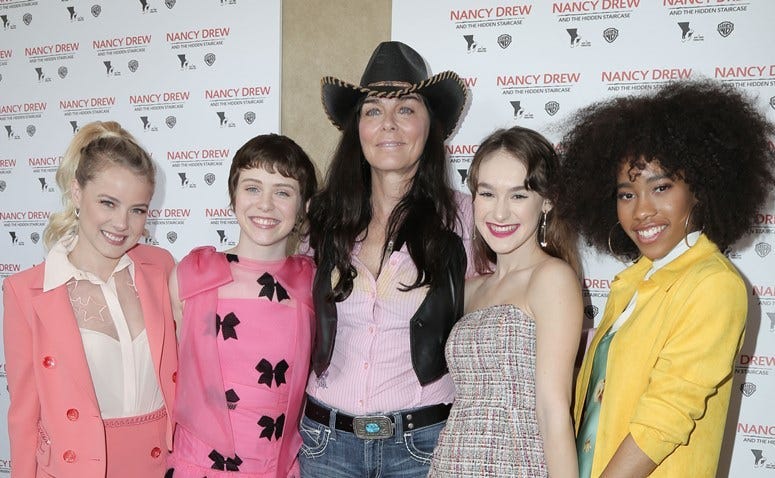 Captive State - Rated PG-13
Set in a Chicago neighborhood nearly a decade after an occupation by an extra-terrestrial force, Captive State explores the lives on both sides of the conflict - the collaborators and dissidents.

Wonder Park - Rated PG
Wonder Park tells the story of a magnificent amusement park where the imagination of a wildly creative girl named June comes alive. One magical day, June is running through the woods to find her way home where she discovers an old rollercoaster car and climbs inside. She suddenly finds herself in Wonderland, an amusement park she had created in her mind and put aside. All of her rides and characters are brought to life but are falling into disarray without her. Now, with the help of her fun and lovable park characters, June will have to put the wonder back in Wonderland before it is lost forever.
Critics: per a general consensus from Rottentomatoes.com, "Colorful and energetic but lacking a compelling story, Wonder Park is little more than a competently made diversion for very young viewers. 26% Like"

Blake:  my trusted sources say Wonder Park will make you wonder if it's even worthy of watching it for free at a park! Such predictability with a loss of direction and worthy of a very limited run... on Red Box, Netflix, etc. 1 of 5 stars.

Stella Grant (Haley Lu Richardson) is every bit a seventeen-year-old... she's attached to her laptop and loves her best friends. But unlike most teenagers, she spends much of her time living in a hospital as a cystic fibrosis patient. Her life is full of routines, boundaries and self-control -- all of which is put to the test when she meets an impossibly charming fellow CF patient named Will Newman (Cole Sprouse). There's an instant flirtation, though restrictions dictate that they must maintain a safe distance between them. As their connection intensifies, so does the temptation to throw the rules out the window and embrace that attraction. Further complicating matters is Will's potentially dangerous rebellion against his ongoing medical treatment. Stella gradually inspires Will to live life to the fullest, but can she ultimately save the person she loves when even a single touch is off limits?

Critics: "Elevated considerably by Haley Lu Richardson's performance but bogged down by clichés, Five Feet Apart doesn't tug at the heartstrings quite as deftly as it should. 52% Like", according to Rottentomatoes.com.
Blake: those in-the-know tell me Five Feet Apart iwill fill your mind with fseen-this-before thoughts, and the best thought you'll have is that Haley Lu Richardson is destined for better, which should be soon! There's just enough here to deliver some decent box-offic coin, and more via streaming and rental. 2.5 of 5 stars.
Nancy Drew and The Hidden Staircase - Rated PG

After the death of his wife, Carson Drew decides to leave Chicago behind and make a fresh start with his daughter in River Heights. But for 16-year-old Nancy Drew, life in a small town is mighty dull. She longs for excitement, adventure, and the chance to make a difference. Nancy gets that opportunity when she is asked to help solve the ghostly activity at the Twin Elms mansion. Can she help explain the creaking footsteps, exploding lightbulbs and the ominous creature? Is it the handiwork of high-school bully Derek Barnes? Or is it possible that the ghost of original owner Malcolm Colfax is back for revenge? Recruiting her best friends George and Bess, along with local "mean girl" Helen, Nancy Drew is on the case!

Critics: "70% LIKE", per Rottentomatoes.com.
Blake: my inside sources say Nancy Drew and The Hidden Staircase may hit-the-mark for some, and most likely teen girls. Too bad, so sad, and be glad it's not a mandatory watch. Onward. 2.5 of 5 stars