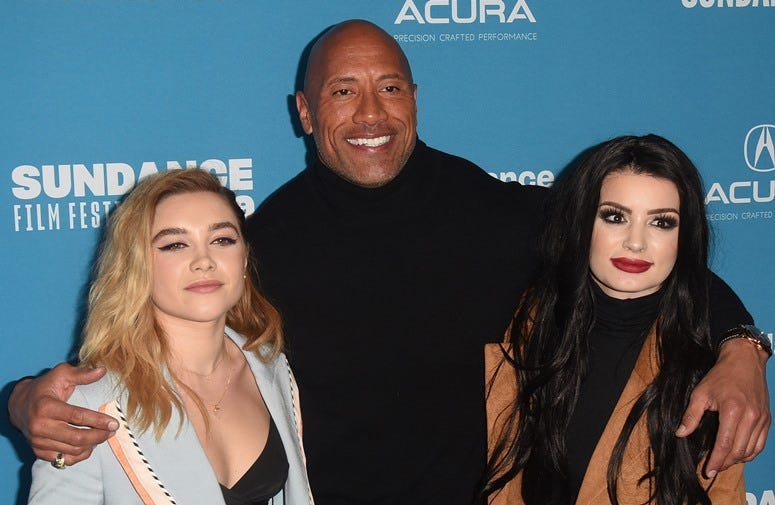 How To Train Your Dragon: The Hidden World - Rated PG

Now chief and ruler of Berk alongside Astrid, Hiccup has created a gloriously chaotic dragon utopia. When the sudden appearance of female Light Fury coincides with the darkest threat their village has ever faced, Hiccup and Toothless must leave the only home they've known and journey to a hidden world thought only to exist in myth. As their true destines are revealed, dragon and rider will fight together-to the very ends of the Earth-to protect everything they've grown to treasure.

Critics: according to Rottentomatoes.com, "The rare trilogy capper that really works, How to Train Your Dragon: The Hidden World brings its saga to a visually dazzling and emotionally affecting conclusion. 91% LIKE!"

Blake: my trusted sources of the franchise say the voices of Jay Baruchel ("Hiccup"), America Ferrera ("Astrid", Cate Blanchett ("Valka"), Craig Ferguson ("Gobber") and F. Murray Abraham ("Grimmel") come together in this visually captivating trilogy conclusion. Despite it's predictable middle, there is enough of humor and warmth to help steer your focus to the entertainment value and say to yourself, "well done." 4.5 of 5 stars

Fighting With My Family - Rated PG-13
Fighting With My Family is a heartwarming comedy based on the incredible true story of WWE Superstar Paige (TM). Born into a tight-knit wrestling family, Paige and her brother Zak are ecstatic when they get the once-in-a-lifetime opportunity to try out for WWE. But when only Paige earns a spot in the competitive training program, she must leave her family and face this new, cut-throat world alone. Paige's journey pushes her to dig deep, fight for her family, and ultimately prove to the world that what makes her different is the very thing that can make her a star.
Critics: "Much like the sport it celebrates, Fighting with My Family muscles past clichés with a potent blend of energy and committed acting that should leave audiences cheering. 93% LIKE!", according to Rottentomatoes.com.

Blake: those-in-the-know tell me this movie, based on a true story, starring Dwayne Johnson, Florence Pugh, Jack Lowden, Stephen Merchant, Vince Vaughn and Nick Frost, will attract non-wrestling and wrestling fans, with the real-wrestling of family life, it's challenges, and the humor experienced along the way.  You may actually want to stand and cheer, whether for the story, or simply for the success this film is, and deserves. 4.5 of 5 stars

Enjoy a NEW movie this weekend!