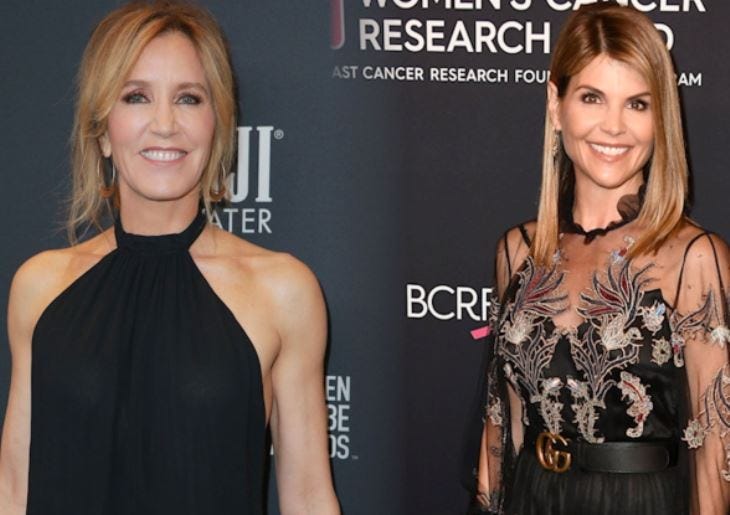 When it comes to the college bribery scandal. 50 people have been charged so far, more indictments are expected, and those so far most well knowned that are involved, may seek plea bargains, but at a cost.

TMZ reports the possibility of former Fuller House co-star Lori Loughlin and husband Mossimo Giannulli, plus Desperate Housewives co-star Felicity Huffman, is "likely", but would come at a price.

Loughlin and Giannulli are accused of paying college bribery scheme helmsman Rick Singer $500k to get their daughters into USC with false claims of joining it's crew team and Huffman is accused of paying $15k to rig her daughter's SAT test.

TMZ's sources say if plea bargains are arranged, prosecutors will want them to serve jail time.

"You can't have people being treated differently because they have money. That's how we got to this place. Every defendant will be treated the same."

Should plea bargains be agreed upon, the U.S. Attorney would make a recommendation to the presiding judge, who would have final say.

If convicted of conspiracy to commit mail fraud and honest services mail fraud, Loughlin and Huffman face up to 5 years in prison.

Loughlin, Mossimo, Huffman, and other parents, appeared this morning in a Boston court to learn more about the conditions of their release. Loughlin amd her husband wre ordered surrender their passports, and did.