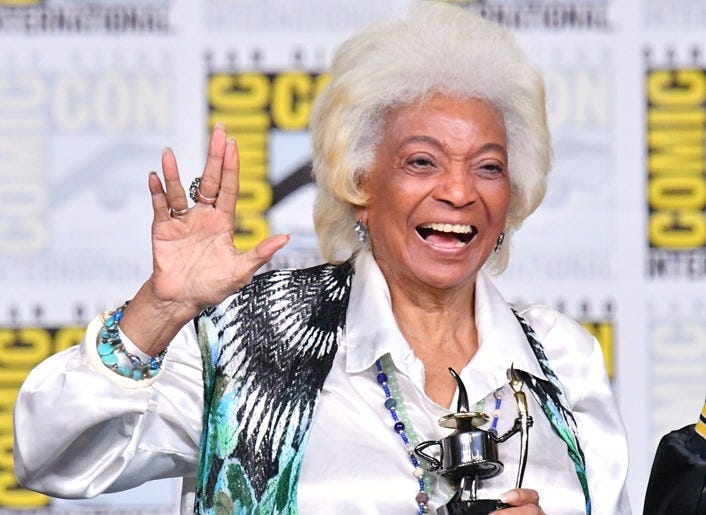 A year ago, Kyle Johnson, son of original Star Trek TV series and Star Trek movie franchise co-star Nichelle Nichols ("Lt. Uhura") was granted conservatorship over her, when she was diagnosed with dimentia.
TMZ reports last month, Nichelle's long-time manager and friend Gilbert Bell went to visit her, and while doing so, they had a discussion concerning her son Kyle's conservatorship, which according to Gilbert, makes seeing her very difficult.

Nichelle make it very clear she's very unhappy with the arrangement, and when Kyle entered the room saying he was taking her home, Nichelle lost it, threatened Kyle's life and began the kind of screaming that would make anyone want to call police!

Nichelle refused to leave with Kyle and said, "Kyle, I'll kill you. You get the f**k out of my way." She  screamed and yelled at Kyle, "Give me my stuff!! Nooooo!! You're trying to get rid of me!!!"

A supposed friend of Nichelle's, Angelica Fawcette, filed documents claiming Kyle doesn't care about Nichelle but does care about her money.

A judge has signed off on Nichelle's dimentia. Perhaps another medical opinion is needed.

Click TMZ to hear the sad, frightened and blood-curdling sound of Nichelle's altercation with Kyle, and for more info.