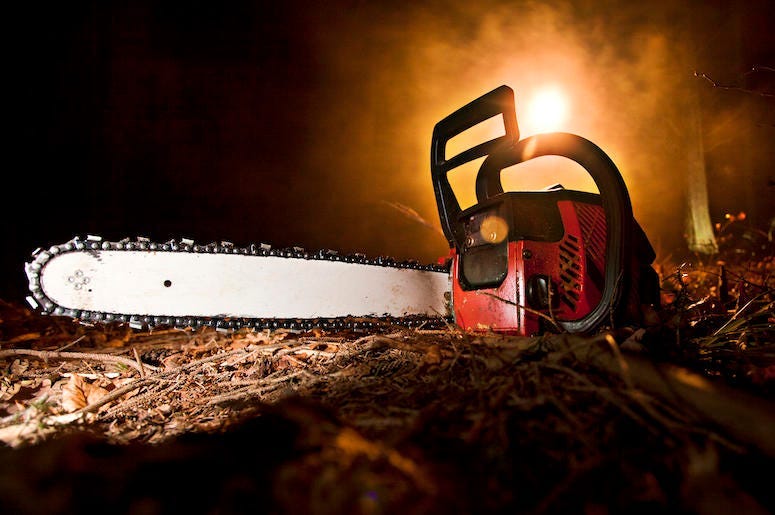 Down Highway 304 in Bastrop, Texas doesn't sound like the location of one of the most infamous horror movies of all time.

Actually, it kinda does.

Either way, down that way is the location of The Gas Station.  It's a restaurant, serving barbecue, and offers merchandise for horror movie buffs.  Because The Gas Station is also the original gas station from the 1974 movie The Texas Chainsaw Massacre.

The owners bought the building, refurbished it, and opened it top the public in 2016.  Manager Ben Hughes says, "We actually have a gas pump that every once in a while we take out...the Coca-Cola machine that's exactly the one from the movie, we take out."  The Gas Station even has a replica of the van used in the film.  "It's the same make, model, year, same color," Hughes says.

Not only does The Gas Station serve as a restaurant, you can also stay the night there!  They have four mini-cabins right behind the restaurant, and often host movie nights on their huge patio.  Still, The Gas Station wants it known that all are welcome, not just horror movie buffs.  Hughes says, "It's a place of enjoyment, man, ya know?  You have people who are not just horror film people but just movie people in general.  Just go and have a good time, see some cool things, eat some good food and just talk with people."

music
Billie Eilish has seen your comments on her 'Vogue' photos, and it makes her wanna post less
music
Joshua Bassett confessed Harry Styles is 'hot' and everyone thinks it's a plot twist
sports
Jonathan Jones: Tebow has '50/50' chance of making Jaguars
sports
Dez Bryant reacts to Jaguars’ Tim Tebow signing: ‘You got to be kidding me’
sports
Bradley Beal goes off on Kent Bazemore after 'subliminal' jab
sports
Tim Tebow prop bets open for receiving yards, touchdowns