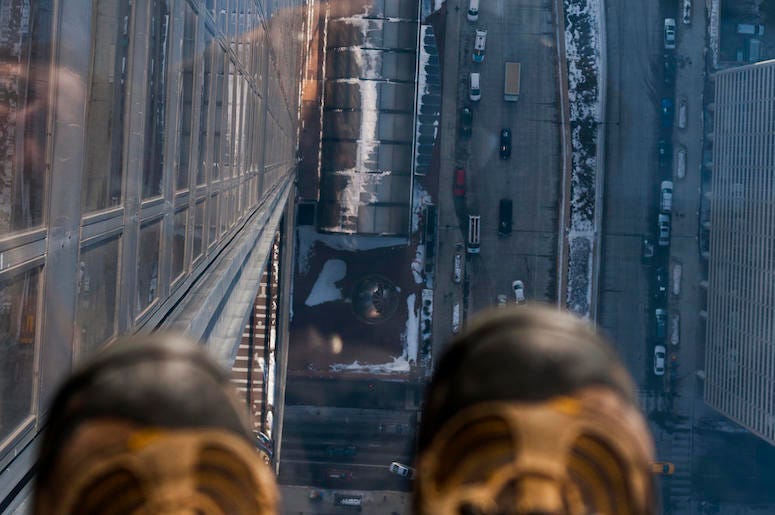 The Chicago SkyDeck is located 1,353 feet above the street.

You stand out on a ledge over four feet from the building on top of layers of glass for a full immersive view of the city from so high.

The glass people stand on is meant to hold five tons, however, while a mother and her children were standing in the SkyDeck on Wednesday, the glass cracked!

A witness told WBBM, “There was a woman with two kids and they looked really pale and scared because the floor just cracked.  I’m scared of heights in general so when I saw that happen, I was like nope, not going on.”

Willis Tower officials, where the SkyDeck is located, downplayed the incident, saying the protective glass did its job and no one is in danger.

We’re sure some people with still think twice about stepping on, though!