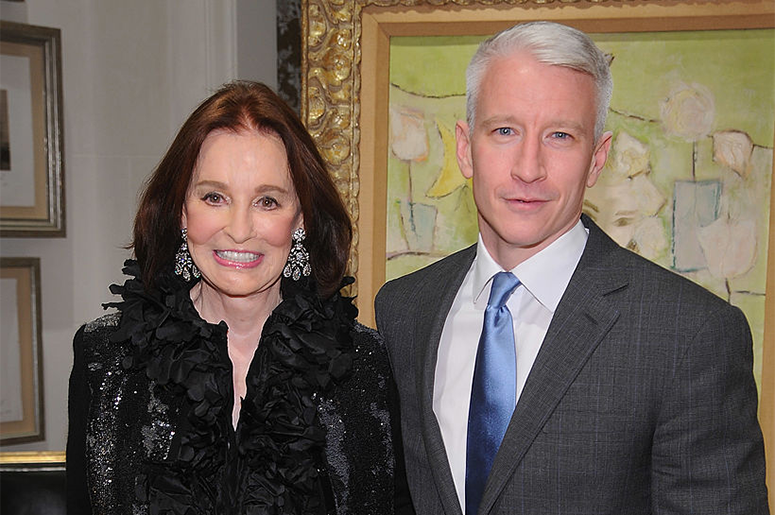 Gloria Vanderbilt, whose name became synonymous with 1980s designer jeans, was famous from the day she arrived on earth as heiress to the Vanderbilt shipping and railroad dynasty. During her very public life, she had a front row seat to 20th century history and at times was the subject of it. We've come to know her in more recent years as the mother of CNN's Anderson Cooper, who released this tribute upon her passing.

“She was 95 years old, but ask anyone close to her and they'd tell you she was the youngest person they knew — the coolest, the most modern. She died this morning the way she wanted to, at home, surrounded by family and friends.”

The tribute includes footage from the recent HBO documentary Nothing Left Unsaid: Gloria Vanderbilt & Anderson Cooper - a series of candid conversations which debuted in 2016.

Gloria chronicled her losses and suffering as well as successes in four memoirs. She was the subject of the most sensational child custody case of the era at age 10 and dubbed 'poor little rich girl.' The trial was front page news for three months. Gloria later became a poet, playwright, and creator of her own fashion empire. She died at her Manhattan home on Monday from recently diagnosed cancer.

"Her private self, her real self, that was more fascinating and more lovely than anything she showed the public," Cooper said. "I always thought of her as a visitor from another world, a traveler stranded here who'd come from a distant star that burned out long ago."

Our hearts go out to Anderson, her family and friends in their time of grief.