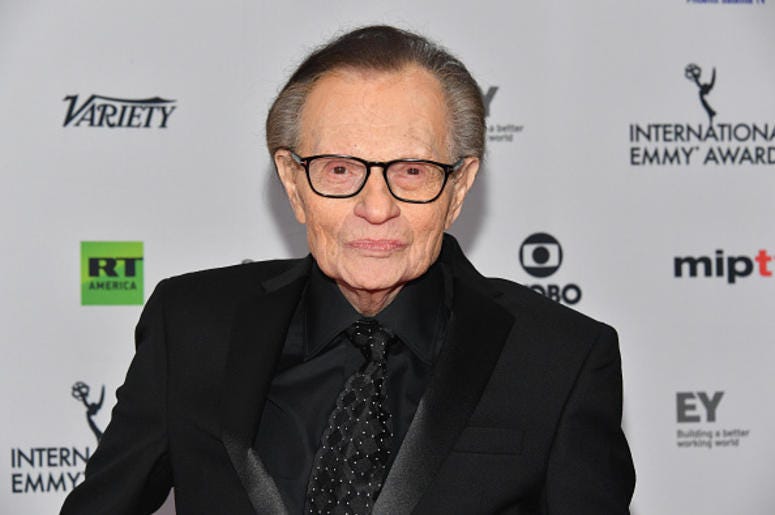 According to TMZ King had been having some breathing trouble over the last 6 months. King scheduled himself to be checked into the hospital on Thursday for an angiogram. While getting ready to go to the hospital he went into cardiac arrest.

Doctors were able to perform an angioplasty. They opened up an artery that had collapsed and inserted several stents. A source tells People that King is “doing well” and that he technically suffered an angina, which mimics a heart attack.

King, 85, was put in the cardiac intensive care. He is expected to be released from the hospital on Monday.