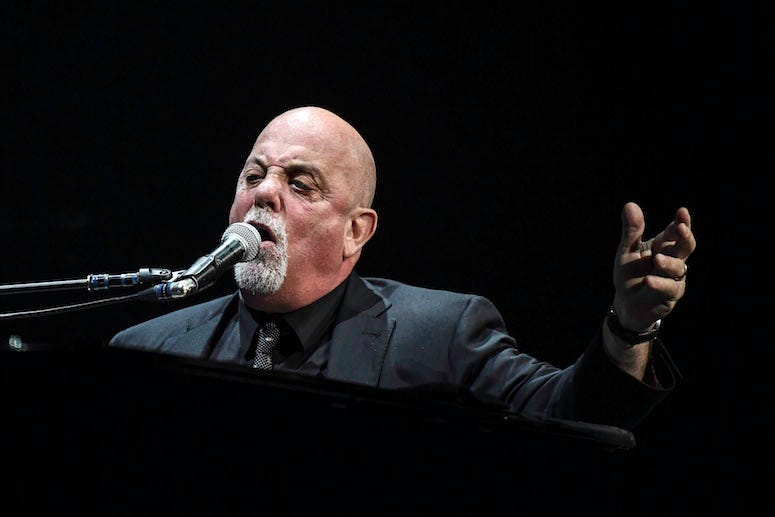 While out for a ride in his native Long Island, "Piano Man" Billy Joel found a discarded piano on the sidewalk in a random neighborhood.

Cell phone video captured Joel, 71, playing an impromptu Ragtime tune on the instrument, remarking that it's actually in decent shape.  Joel can be heard saying in the video, "Not bad. The action is good. It just needs tuning and the finish is beat. But, it’s a perfectly good piano.  It’s a shame to throw it out, should at least be donated to St. Vincent de Paul or something."

Techinically, this was Joel's first live performance since the beginning of the pandemic.  His summer concerts around the country, along with all of his Madison Square Garden residency shows, have all been postponed until 2021.