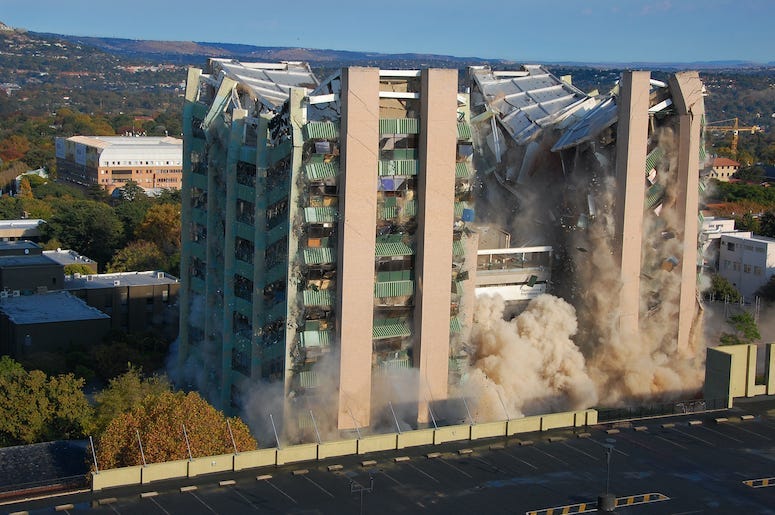 This past Sunday morning, an 11-story building just north of Downtown Dallas was scheduled to be demolished.

Unfortunately, the building had other plans.

The former Affiliated Computer Services building was left standing after the attempted implosion around 7:45 a.m.  Steve Pettigrew, the president of Pettigrew Inc., one of the companies involved in the implosion, said a "core shaft" was left standing, which contained the building's "elevator and stairwell shafts."  Pettigrew told WFAA, "It was the spine of the building."

Crews were set to complete the demolition later yesterday afternoon, but after seven hours the building still stood.

They are scheduled to resume work on the building Monday morning.  A statement from De La Vega Development, who was also involved in the implosion, read, "These remaining improvements and debris will be safely removed this week, and we will be well on our way to providing a next-generation development with incredible walkability, activated green spaces and a place for our community to work, live, connect, and recharge."