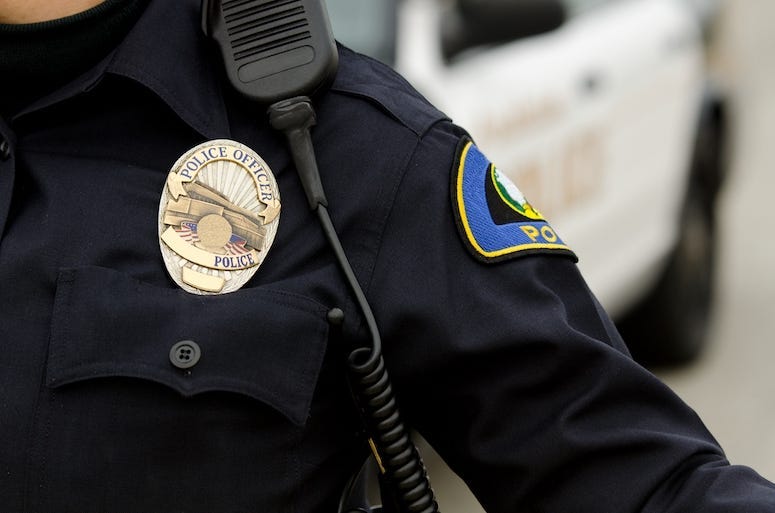 Nicole and Chase McKeown were trying to enjoy a date night at their local Raising Cane’s restaurant when the trouble began.

A masked man barged into the restaurant, flashed a gun at the employee working behind the counter, and allegedly demanded money.  The McKeowns were quit to spring into action, however, because, unfortunately for the armed robber, they are both cops.

The Elizabethtown Police Department (EPD) said in a statement on social media, “They were on a date night when an armed man with a mask attempted to rob the cashier.  Both drew their off-duty weapons and apprehended the suspect. They held him at gunpoint until Louisville Metro Police Department officers arrived.”

Nicole and Chase have been married for just six months, and met on the job with the Elizabethtown Police.