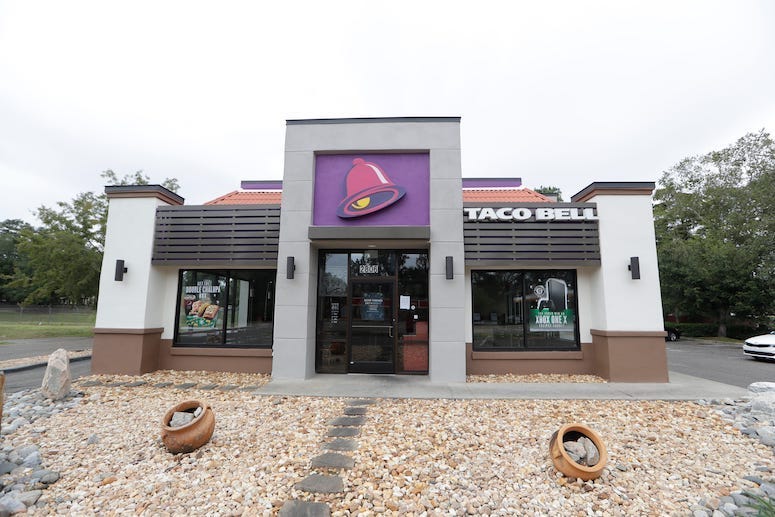 It was rather easy for South Strabane Township, Pennsylvania police to track down a man accused of robbing a Taco Bell.

Security camera footage clearly showed the vehicle model and license plate number of 30-year-old Joshua Logue, who broke into a local Taco Bell restaurant in the middle of the night and stole $300 out of the cash register.  South Strabane detective Ken Torboli said Logue, of Columbus, Ohio, shattered the glass door of the restaurant with an air rifle, and proceeded to use a hammer to smash open the three cash registers to steal the money.

When police ran his license information, they found that Logue has a LONG history of similar offenses.  In fact, in 2019 he was arrested in more than 30 cases resulting in both convictions and pending charges of similar Taco Bell burglaries in Kentucky, West Virginia, and Ohio!  Court documents say Logue stole about $900 in cash from all three locations, and caused about $7,695 worth of damage to the three restaurants.

The police put out a warrent for his arrest last week, and he was easy to find.  Logue is currently in an Indiana jail...for breaking into a Taco Bell.

An Ohio man who made national news last year for burglarizing more than 30 Taco Bell restaurants in three states was at it again last month in Washington and Allegheny counties, according to local police. https://t.co/6vho5srAS2

Logue was charged by South Strabane police with three counts each of burglary, criminal mischief, and theft.