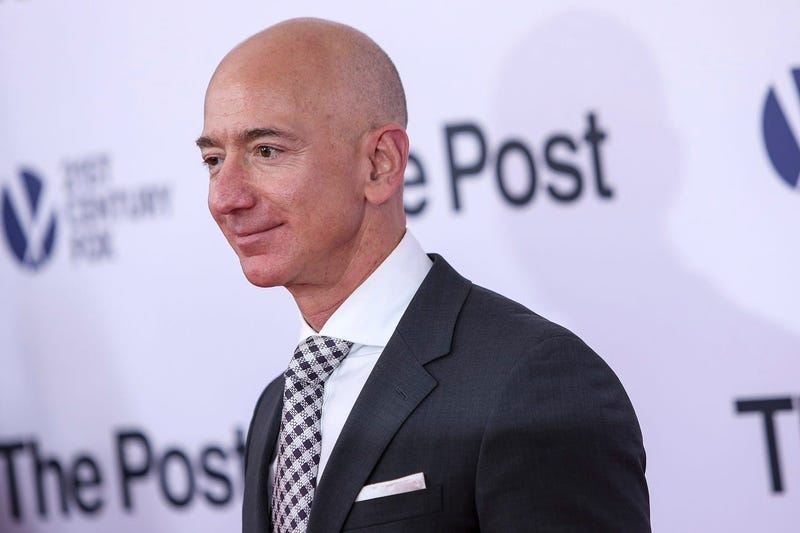 Photo credit (Photo by Oliver Contreras/SIPA USA)
By Miles In The Morning, 98.7 KLUV

Amazon's Jeff Bezos is back in the news this week. Apparently, the National Enquirer allegedly attempted to blackmail the Chief Executive over some explicit photos.

On Thursday, rather than cave to the pressure of AMI Inc. (the National Enquirer's parent company), Bezos attempted to take matters into his own hands and posted his situation in a blog called Medium. In that blog, Bezos says...

"Rather than capitulate to extortion and blackmail, I’ve decided to publish exactly what they sent me, despite the personal cost and embarrassment they threaten."

Apparently, AMI threatened to expose pictures of Bezos in compromising positions if he didn't call off a Post investigation into potential political motivations behind a previous Enquirer exposé of his romantic life.

As expected, AMI has responded saying that the company...

"believes fervently that it acted lawfully in the reporting of the story of Mr. Bezos. Further, at the time of the recent allegations made by Mr. Bezos, it was in good faith negotiations to resolve all matters with him. Nonetheless, in light of the nature of the allegations published by Mr. Bezos, the Board has convened and determined that it should promptly and thoroughly investigate the claims. Upon completion of that investigation, the Board will take whatever appropriate action is necessary."