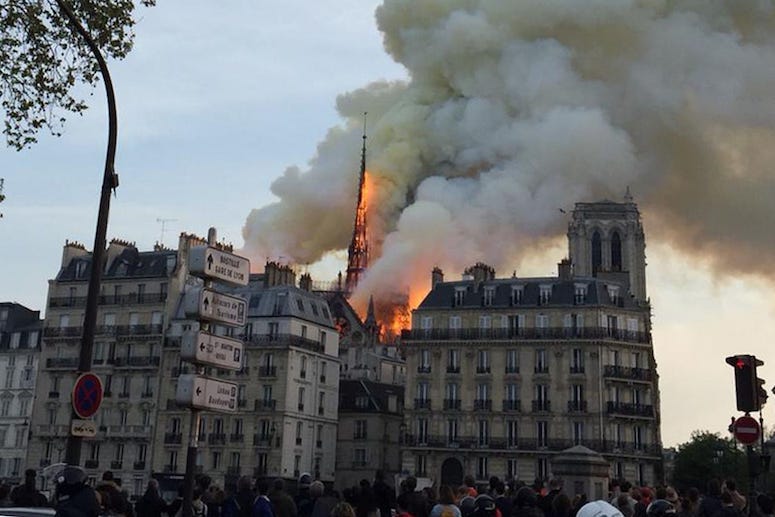 The first images from inside the Notre Dame Cathedral show a tiny glimmer of hope among the absolute devastation.

Following Monday's massive fire, a crew went inside the cathedral to inspect the damage.  While it is substantial, and most everything appeared to be damaged, the cathedral's cross somehow survived the flames, and even shone bright amongst the wreckage and smoke.

Praying for Paris and the Beautiful Notre Dame Cathedral. These photos were taken after the fire broke out, the cross illuminated and still standing amongst the rising smoke and flames. God Bless! 🙏

The fire is believed to be caused the current $6.8 million renovation the cathedral is currently undergoing.  Despite the spire and roof being completely consumed by flames, an official confirmed that the main structure of the cathedral had been "saved and preserved."

music
Cold War Kids' Nathan Willett gives us a preview of 'New Age Norms 3' and their return to the road
sports
Devin Booker gifts playoff tickets to Suns fan who pummeled Nuggets fan
sports
Joe Theismann 'very confident' with Ryan Fitzpatrick as WFT's quarterback
sports
ESPN analyst corrected by co-host after suggesting Bill Russell is dead
music
Run That Back: For Us, About Us, By Us
news
Juneteenth becomes a national holiday