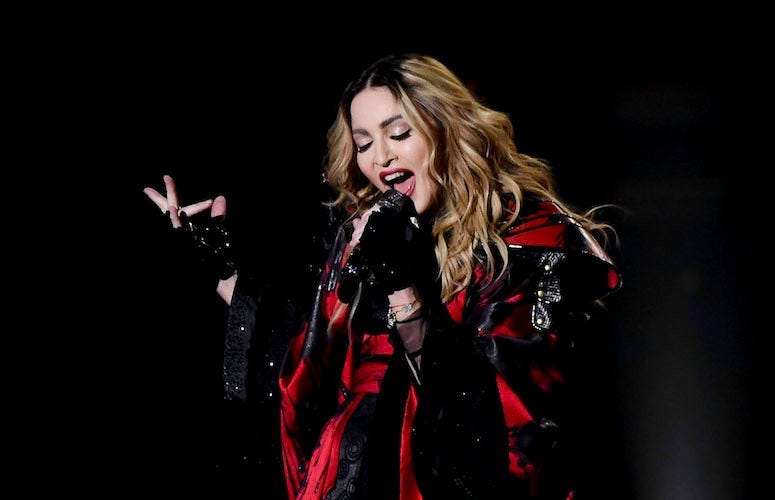 The Stonewall Inn is an iconic bar and music venue in New York that was at the forefront of the modern LGBTQ movement in the late '60s.

Recently, the venue named Madonna as an ambassador for the 50th anniversary of the riots that helped spark the movement.  Little did the patrons of the club on New Year's Eve know they were in for a very special surprise.

During the night's festivities, Madonna arrived on stage completely unannounced with a short speech commemorating the venue, and a quick performance, accompanied by her adopted son her son David Banda on acoustic guitar.  She said in her speech, "If we truly look and we truly take the time to get to know one another, we would find that we all bleed the same color and we all need to love and be loved.  As we stand here together tonight, let's remember who we are fighting for and what we are fighting for.  We are fighting for ourselves, yes.  We are fighting for each other, yes.  But truly and most importantly, what are we fighting for?  Love, thank you people, we're fighting for love."

@Madonna, activist and friend, gave a surprise performance at stonewall. And she was everything you imagined to be. ❤ #ally #hiv #UEqualsU #madonna pic.twitter.com/Y7p5fffWdi

A night those fans will surely never forget!