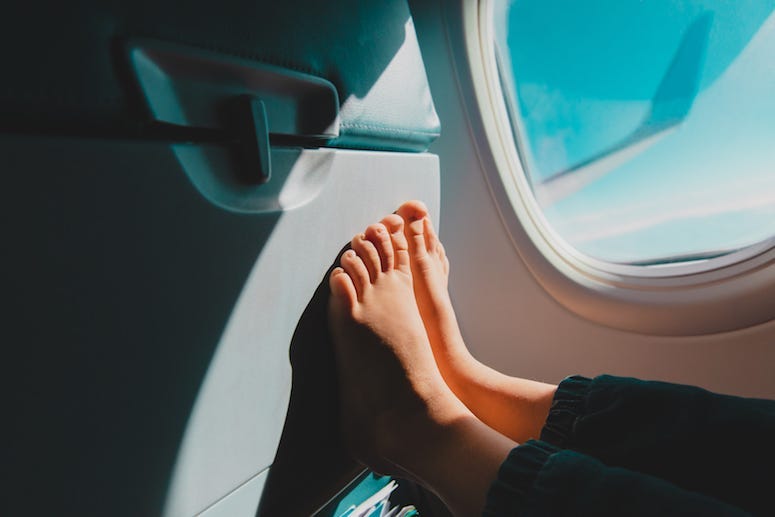 There is an unwritten code of laws airplane passengers should do their best to follow.

Having actual shoes on is one of the big ones.  There isn’t a lot of space inside an airplane cabin, so if someone has bare feet and they stink, everybody on the plane knows it.

That didn’t stop this gentleman from shedding his shoes and socks, however.  We can’t confirm if his feet stunk, but he was doing something not necessarily worse, but definitely weirder.

The man was caught swiping a touchscreen television in front of his seat with his bare feet. Apparently, sitting up to use his hands like a normal person was just too much effort.

Of course, plenty of people agreed with the notion that you should keep your feet covered on a plane, much less than putting them on display by swiping a touchscreen.

This is exactly why Naomi Campbell wipes down everything she touches on a plane. I’m following her advice cuz these people are nasty. 😷 pic.twitter.com/h3aOEH3OZV