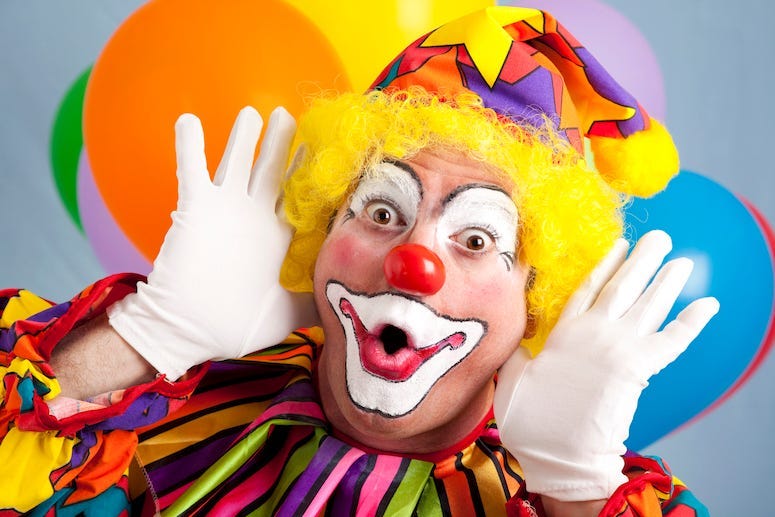 There are a lot of things you can probably expect to see while on a week-long cruise in the middle of the ocean.

A clown probably isn't one of them.

But that's exactly what passengers on a P&O Britannia cruise ship saw on their week long excursion from Bergen in Norway to Southampton, England.  While standing in line in the buffet area, one passenger apparently took offense to another who was dressed as a clown.  The brawl occurred after a formal "black-tie" evening on the deck of the boat, which contained "heavy drinking and 'patriotic' partying."

Apparently, around 2am that night, the passenger became offended seeing the man dressed as a clown because he specifically booked a cruise with no "fancy dress," slang in England for "costumes."

“There was blood everywhere”. Violent late night brawl in the buffet onboard @pocruises Britannia left staff who intervened injured, as passengers used furniture and plates as weapons. Witnesses told me they were so frightened they had to hide, as family groups fought.

The buffet area of the ship was sealed following the fight, as it needed immediate treatment due to blood being "everywhere."

A 41-year old woman and a 43-year-old man were arrested upon the ship's arrival in Southampton for suspicion of assault.  A P&O Cruises spokesman said in a statement: "Following an incident onboard Britannia on Thursday evening we can confirm that all guests have now disembarked and the matter is now in the hands of the local police."