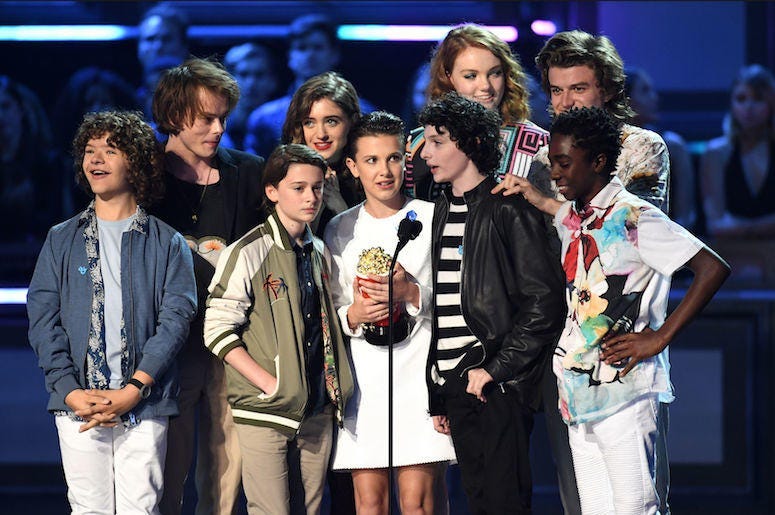 The cast of Stranger Things decided to play a little prank on some unsuspecting fans.

Along with Jimmy Fallon, the cast dressed as their characters from the hit Netflix show, and posed as if they were their own wax figurines at Madame Tussauds.

The third season of Stranger Things premiere on Netflix July 4.