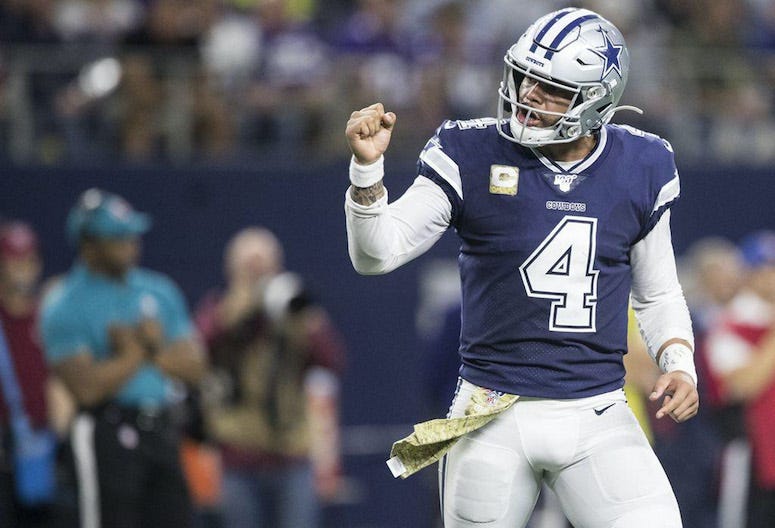 Rebecca Taylor is a 17-year-old from San Antonio currently battling pediatric pancreatitis. She also is a huge Cowboys fan.

You can imagine her excitement when she received a surprise care package from the team, which included a personal letter from owner Jerry Jones and star Quarterback Dak Prescott.

You can also imagine her devastation when Dak went down with his season-ending ankle injury.

Taylor felt compelled, and decided to pen a letter to Dak to try and uplift his spirits. Her mother told Christyn told NBC DFW, "She felt compelled. The sweetest part was her four-page letter. I mean it was just precious. She said ‘I’m so sorry you are having to miss this. I wish I could fix you. I know what it’s like to be in the hospital.’ She said ‘For you I know its missing games, for me it's missing school.'"

A Texas teen battling a debilitating illness penned an uplifting letter to Dak Prescott after his on-field injury. https://t.co/Ul1yiiCrla

Taylor hasn’t yet heard back from Prescott or the Cowboys, but her mom said it wasn’t about a response for her daughter, but rather just trying to make someone else’s day.