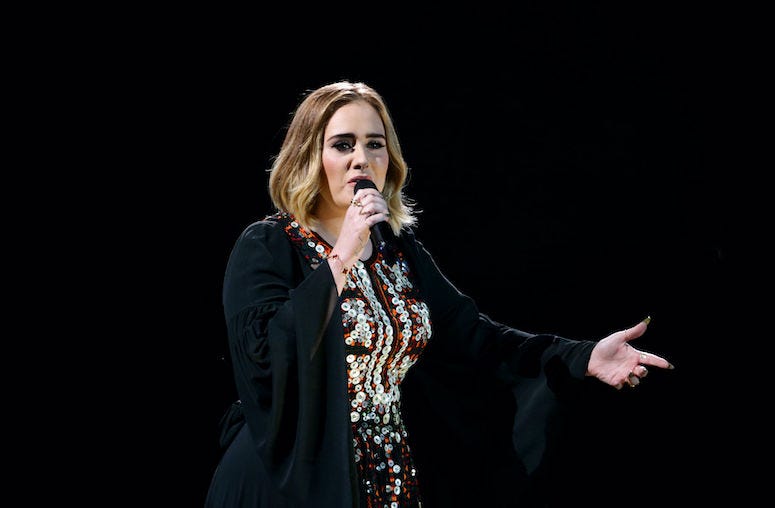 Adele hosted Saturday Night Live this past weekend but did not serve as the show's musical guest.

The 32-year-old singer explained in her monologue she wanted to focus on just one aspect of her appearance on SNL, and since her album is not yet complete it made sense to just serve as host, and not sing as well.

However, she was still able to treat her fans to a musical performance during one of the show's sketches, a parody of the hit reality dating show The Bachelor.

In the sketch, Adele plays herself as she's looking to win the heart of the Bachelor Ben K, played by Beck Bennett. Adele says in the sketch, "You may know me from being the singer Adele. I'm here 'cause I've had a lot of heartbreak in my life. First at 19, then sort of famously at 21, then even more famously at 25."

And throughout the scene, Adele launches into some of her classics, including "Someone Like You," "When We Were Young," and "Hello."

Ben K. is missing out!