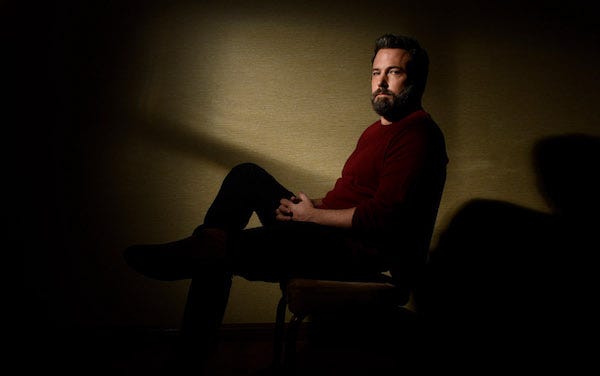 No doubt Ben Affleck has endured a lot in his life, and even he isn't immune to the fifth-grade style of humor we've all had to face.

For years, Affleck has had to endure jokes about his name resembling that of the insurance company "Aflac," and he feels he deserves a discount on insurance because of it.

Per TheWrap, Affleck said in a recent interview that it was "his cross to bear" having a similar sounding name." He said, "[And] there's a huge insurance company that also has that name [and] a bottomless budget to buy television commercials and . . . their creative choice is to hire a duck to shriek your last name in as loud and obnoxious a way as humanly possible."

Affleck revealed that once a flight to New York, he was sitting in front of a drunk lady who proceeded "do her best Gilbert Gottfried for six hours, all the way to New York!"

As such, Affleck believes he's earned himself a little discount on his insurance.

He said, "Thank you, Aflac! I don't own it! But I deserve it. I would like a discount."