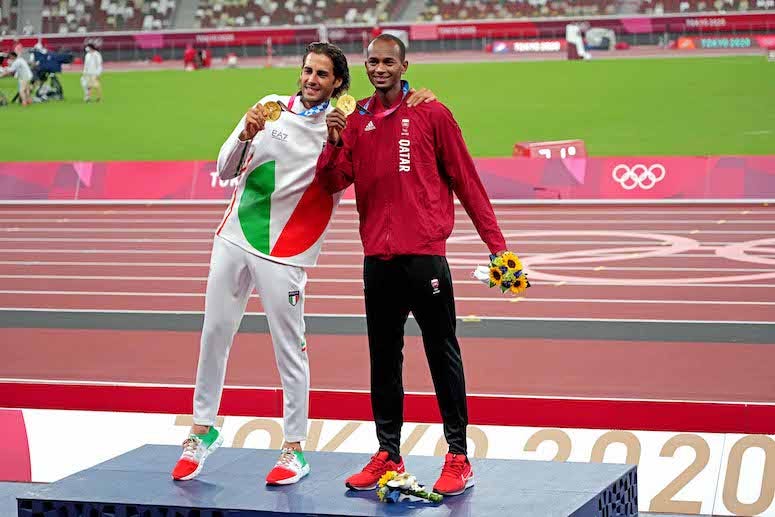 During the men's high jump final at the 2020 Tokyo Olympics, Qatar's Mutaz Essa Barshim and Italy's Gianmarco Tamberi both achieved jumps of 2.37 metres, and neither had any failed attempts until they attempted to clear 2.39.

Each attempted the jump three times at which point an Olympic official offered them a jump-off to decide the winner. Barshim then presented a counter-offer asking the official, "Can we have two golds?"

The official said that was allowed, at which immediately the athletes clasped hands and jumped for joy. Tamberi even jumped into Barshim's arms in adulation!

Barshim told Reuters of the decision to split the gold, "I look at him, he looks at me, and we know it. We just look at each other and we know, that is it, it is done. There is no need."

(celebration starts around the 3:45 mark)

Not only are the pair competitors on the field, they are best friends off of it.

Barshim said, "He is one of my best friends, not only on the track, but outside the track. We work together. This is a dream come true. It is the true spirit, the sportsman spirit, and we are here delivering this message."