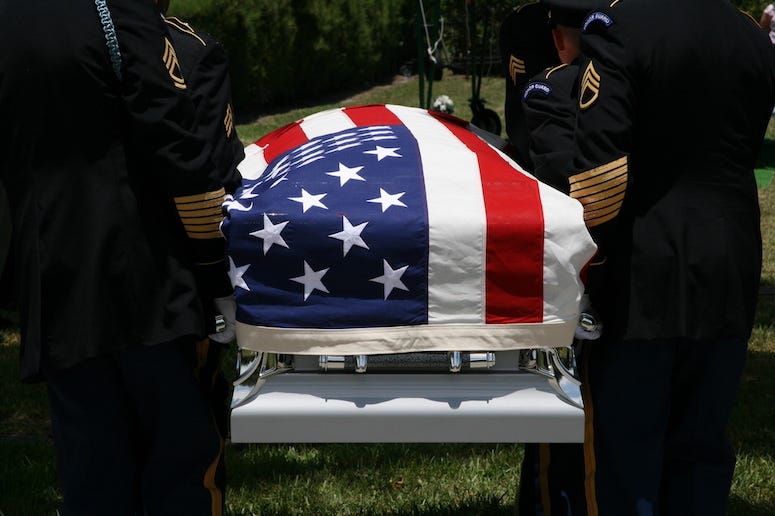 Jacqi Hornbach of Batesville, Indiana was out enjoying the nice weather in her front yard last week when she noticed an incoming funeral procession on her street.

As the proceedings began, two young boys ride their bikes through the neighborhood as well, but stopped in their tracks when they realized it was a military funeral and "Taps" began playing.

Hornbach wrote on Facebook "These two young men were riding their bikes and saw the flag of the deceased military man. They immediately stopped riding, got off their bikes, and stood with respect as TAPS was being played. I had to snap a pic as I was so proud of these two young men."

I debated whether or not to post this, but with all the negative things going on, I thought this was needed. I was dog...

Hornbach continued writing "I’m sure the serviceman was in heaven smiling down on them." We'll have to agree on that one.