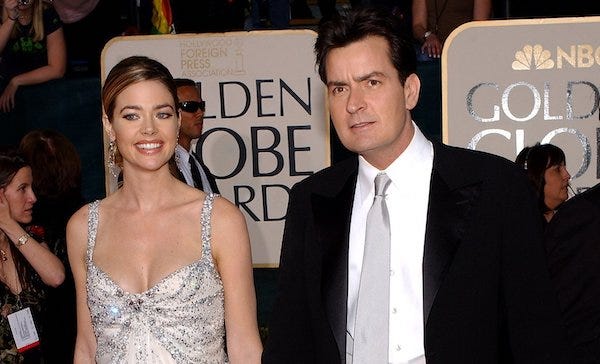 Charlie Sheen is not happy that his daughter Sami has joined OnlyFans.  Remember, this was once a man who was always accompanied by a pair of women he called his “angels” or goddesses,” whom happened to be adult film stars.

Sheen has also pointed the blame at one very specific person: his ex-wife, and Sami’s mother, Denise Richards.

Sheen told E! News, “I do not condone this, but since I'm unable to prevent it, I urged her to keep it classy, creative and not sacrifice her integrity.  She is 18 years old now and living with her mother.  This did not occur under my roof.”

Richards told E! in response to Sheen’s comments, “Sami is 18, and this decision wasn't based on whose house she lives in.  I can do as a parent is guide her and trust her judgement, but she makes her own choices.”

Are Sheen and Richards being too easy on her, by saying there is “nothing” they can do except advise her to keep it “classy” and make good choices?

Sami is 18-years-old and legally an adult, but should her parents be trying to do more here?