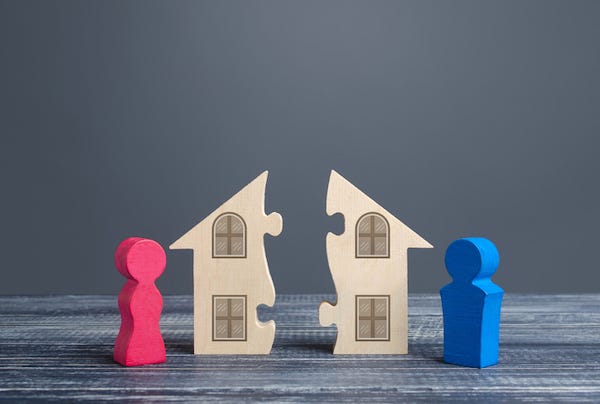 Even from the moment they got married, Claire Burke and her husband David never lived together.  They believed having separate houses was the secret to keeping a “spark” in their marriage, and then they decided to change things up a bit.

They finally moved in together, and Claire says it ruined their marriage.

After two decades of living apart, Claire and David just couldn’t get used to the idea of sharing a home with another person.

Claire said per the New York Post, “I went from running my own home and keeping it tidy, to all of a sudden feeling like nothing but a cleaner.  I got so stressed about leaving dirty clothes laying wherever he’d taken them off, leaving stuff on the dining room table, black rings around the bath, toothpaste in the sink and leaving his gym equipment around the garden.”

Claire said that there was nothing the two could do to not wind up jumping down each other’s throats.  She said, ““t caused lots of tension and we had stern words about it on several occasions, but after a while, I have decided to accept this is just the way he is.  We also tried sitting in the lounge every evening and watching TV together, but it wasn’t comfortable and we could never agree on what to watch on TV.”

They pair didn’t want to separate, they decided on a solution: Completely split the house in two.  One side is Claire’s, the other David’s.

I moved in with my husband after 21 years — it ruined our marriage https://t.co/7itQoI2Zfb pic.twitter.com/SYxAuHQf4K

Each has their own bedroom, wardrobe, and most importantly space of their own.

“We have found a way of making living together as a family work for us,” Claire said of their unconventional living arrangement, which includes their 13-year-old son Jay.

“It’s like we have the best of both worlds now,” she added. “We can have all the family time we like, especially at dinner times, as we can sit down and enjoy a meal together.”

After 21 years of marriage, and the adaptation of their new living arrangements, the couple is planning on renewing their vows.

“Our living arrangements may not be conventional but they were for us and we have been so happy since adapting how to live under the same roof,” Claire says.