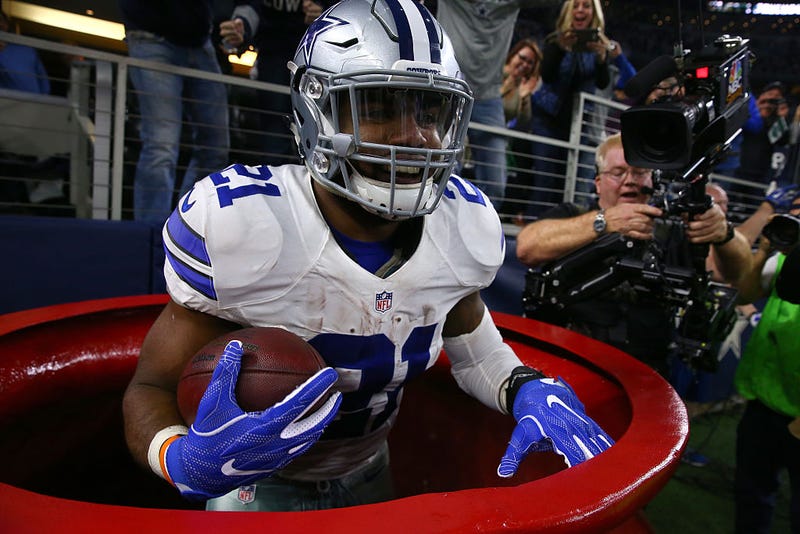 Longtime Dallas Cowboys fans likely know that each year, the team partners with The Salvation Army for the Red Kettle Kickoff. It begins during the annual Thanksgiving game, and the franchise has raised billions of dollars for the charity over the past 24 years with this campaign.

In 2016, running back Ezekiel Elliott famously jumped into one of the gigantic end zone kettles after scoring a touchdown.

A couple years later, Zeke put his teammate Dak Prescott in the Christmas bucket. It should be noted, he donates to the cause when he does these stunts. It also raises awareness and prompts fans to add to the pot.

During player interviews this past week, many of them have been asked about it. Here's what they had to say.

"I just remember I threw him in there. It was fun. We were having a good time, yeah." [On his previous jump}: "I looked in the kettle, made sure it was safe before the game, got the score, jumped in the kettle... we raised a lot of money for the Salvation Army. Yeah, it was great."

"Zeke's a great friend, and yeah, from him throwing me in the kettle, I was trying actually to not go in there. At the point when he lifted me up, I thought, 'I better not resist or I might hurt something'."

"They're the best of buds. I mean, you see one of 'em, you're going to see the other one bound to follow. I mean, the relationship they've got, it's needed. You know, 2-1-4. You got to have it, you know that when you're down here in Dallas. So, it's great to have them."