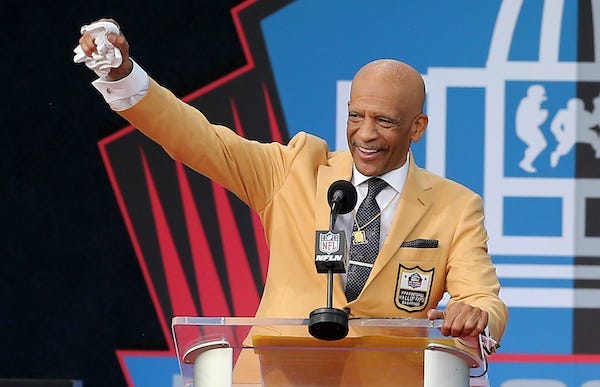 Miguel Castellanos has been a Cowboys fans of 1993, after watching them play in the Super Bowl against the Buffalo Bills.

He told NBC DFW, "Behold it's the Cowboys / Bills and they're just winning really good and I'm like I like that team with that star, I'm gonna follow them and from then on I started following the Cowboys."

Castellanos' incredible fandom, along with his work with Toys for Tots, the Salvation Army, creating back-to-school backpacks, and his commitment to anti-bullying efforts, has earned him a nomination into the Ford Hall of Fans.

Castellanos was delivered the news with a surprise visit from a Hall of Famer himself, the original #88 Drew Pearson.

Hall of Famer Drew Pearson gave @dallascowboys superfan Miguel Castellanos the news that he was a nominee for the @Ford Hall of Fans Class of 2022.

Vote for Miguel to be inducted into the Ford Hall of Fans: https://t.co/yrlOvofuFe pic.twitter.com/vYFH79K617

Fans who are inducted get their plaque and gear displayed in a special section of the NFL Hall of Fame in Canton. Castellanos said, "To be in the Hall of Fame and get a jacket and a ring from the Hall of Fame is just an awesome experience that I would just cry and die there if they told me I got inducted."

Voting is now open to select the newest inductee. You can cast your vote for Castellanos at fordhalloffans.com through Feb. 6.