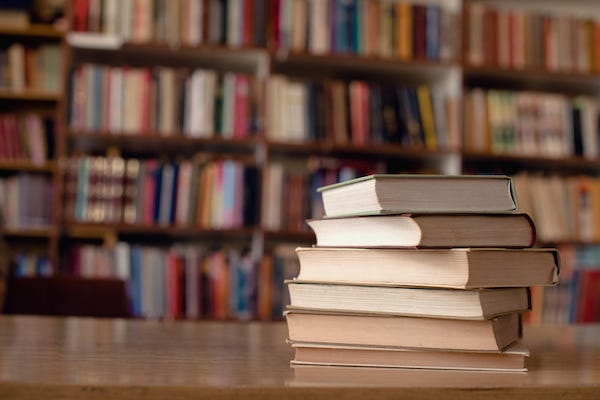 Books on a desk in a library Photo credit Getty Images/jovan_epn
By Miles in the Morning, Jeff Miles, Rebekah Black, and Alex Luckey, 98.7 KLUV

Michigan man Pier Fazzalari was looking through some old books at his parents’ house to read to his daughters when he stumbled upon one titled Cloverleaf.

He remembered reading this when he was a child, so he was excited to share the experience with his kids. However, there was something particular about this book.

Fazzalari told the Utica Community Schools website, “I pulled the old book out and thought 'I remember this one,' and when I opened the page and it was stamped Dresden Elementary.”

Turns out, this was the exact same book Fazzalari had checked out of his school, Dresden Elementary’s library some 40 years ago.

Fazzalari decided after four decades, it was probably time to return the book, especially considering that his daughters now attend the same school!

Posted by Dresden Elementary School on Monday, May 23, 2022

Fazzalari told Principal Bradly Suggs about the book, who said he was thrilled that the father of two took time out of his day to read to his children.

Suggs said, “I stated to him that I was not sure how big of a fine a 40-year-old book would be. Jokingly, I told him I would have to figure that one out. We then decided that a book fine that overdue could only be repaid by him buying cookies for the staff, and we sent him an overdue notice stating so.”