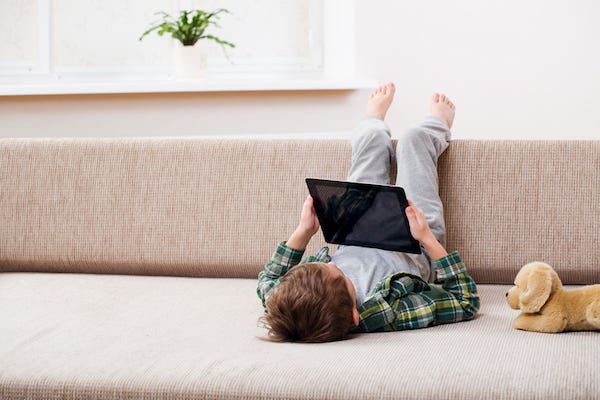 There might be no prouder father in the world than a man named Warren Tansey, but it certainly won’t be for anything you can guess.

Tansey recently uploaded a video to Twitter confronting his 6-year-old son Acer about a video he found on the boy’s iPad.

Tansey told Kennedy News per the NY Post, “When I first saw it I found it hilarious. It’s not too rude — but it’s definitely on the borderline.  While I was with him, I thought I’d put it on to catch him out and interrogate him a bit. His reaction was really funny.”

The clip has since gone viral, racking up over 50,000 due to Acer’s hilarious reactions of getting caught, and his stubbornness in defending himself!

“He was really chuffed to watch it and then he was embarrassed when I asked him about it so he must have liked it. He must have just liked the look of the girl in it,” Tansey continued.

“He tried to get out of it by saying he couldn’t have filmed it, he’s definitely mature beyond his years.”