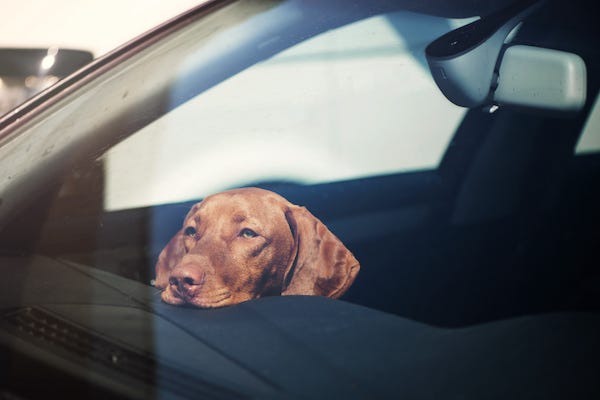 We always hear horror stories about pet owners leaving their dogs in hot cars while they go run an errand, because of the dangers the heat presents the animal.

Well apparently it’s not a good idea to leave them in the car even while it’s running.

A dog in Kilgore, Texas was left unoccupied in a vehicle while his owners went into Walmart to shop.

The dog seemed to get a little antsy waiting, and somehow put the car, which was on and running, into drive and somehow caught his leash into the emergency brake which released the vehicle causing it to drift right into another car.

The Kilgore police posted a picture of the pooch onto their Facebook, and that’s about as guilty a look as we’ve ever seen!

KPD apprehended a reckless driver today after he ran into two cars in the parking lot Walmart. Thankfully no one was...

Police admitted to KLTV that it doesn't seem "feasible," but they had eye witnesses who observed the dog behind the wheel while the vehicle crashed.