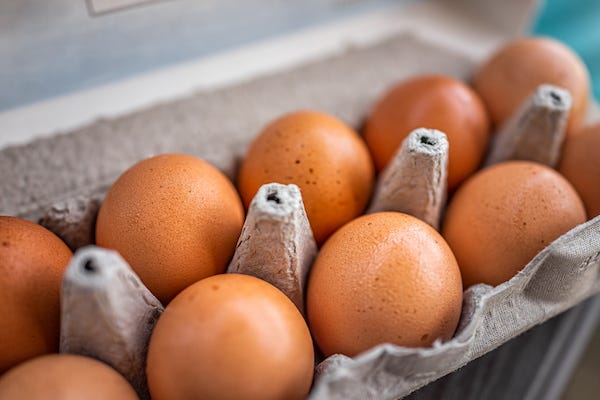 There is a new threat to agents working at the U.S. Border; y’all, America is facing a poultry problem.

As the price of eggs continues to soar (the average cost for a dozen eggs in December nationwide was $4.245, with some states selling eggs for over $7), more and more agents are encountering folks trying to smuggle in eggs illegally into the country.

You can get a carton of 30 eggs in Juarez, Mexico for just $3.40, but it’s against federal law to bring uncooked eggs or poultry products across the border.

However, some people are willing to take the risk.  U.S. Customs and Border Protection (CBP) saw a 108% increase in the number of eggs and poultry products seized at U.S. ports of entry between October 1 and December 31, 2022!

A 30-pack of #eggs costs about $3.40 right across the border in Juarez, Mexico. But you'll want to think twice before trying to bring some back. @CBP explains why: https://t.co/UoK58AR70Q pic.twitter.com/AMtza3DUhY

Smugglers caught bringing raw eggs into the country face fines starting at $300, which could increase to as much as $10,000.

Even declared raw eggs will be seized and incinerated, but declaring that you’re transporting eggs will save you from any financial penalties.

“The advantage of declaring it is, we will pick it up with no penalty issued,” Payne added. “If you fail to declare it or if you attempt to smuggle it, there’s going to be a penalty.”