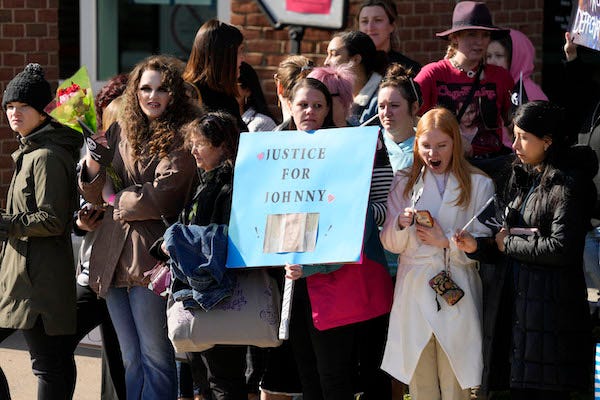 The trial of Johnny Depp and Amber Heard has the world’s attention right now, and it’s become the hottest ticket in town.

Fans are paying upwards of $30,000 in travel expenses just for the opportunity to sit in on the trial.

Sabrina Harrison of Madison, Wisconsin, said per the New York Post, “I’ve never been to a public trial before. I’ve never stayed up overnight for anything in line, and I came at 12:45 a.m.  I’ve never done something like this in my 46 years of life.”

52-year-old Sharon Smith recently got out of a 12-year relationship in the UK, and traveled across the world for the chance to attend the trial.  She packed her things in a storage unit and flew to Virginia when the trial started in April.

Fans spent $30K to get into the Johnny Depp and Amber Heard trial https://t.co/D21BVp9YgL pic.twitter.com/NK0HyQQuHJ

Depp is currently suing Heard for defamation to the tune of $50 million after she penned a 2018 op-ed in the Washington Post dubbing herself as “a public figure representing domestic abuse.”

Though Depp wasn’t named, he claims Heard decimated his reputation and career and cost him millions of dollars in work.  The trial is in a recess until May 16, when the testimony will resume at 9:30 a.m.