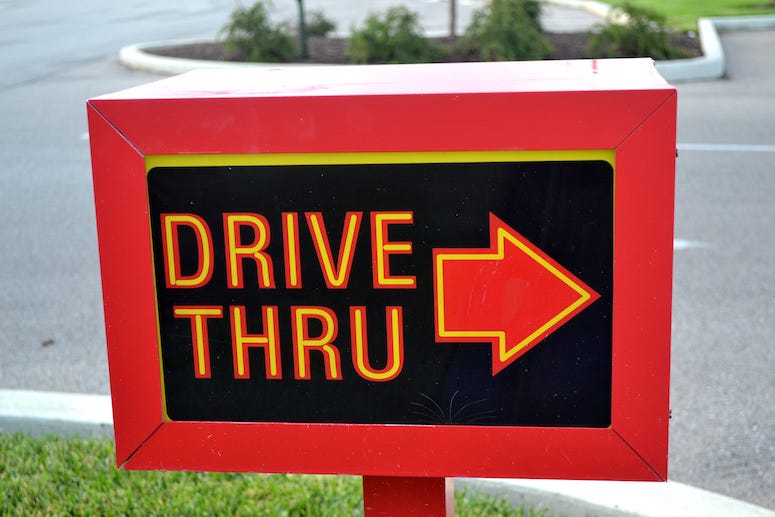 Here's a nice piece of advice: Always check your bag of food before you leave the drive-thru.

A new report from NBC Los Angeles has found that restaurant drive-thrus are now slower, and less accurate than ever!

The average time spent in a drive-thru has increased increased by more than 25 seconds since a year ago to 382 seconds, meaning that's nearly six-and-a-half minutes sitting and waiting or your food.

SeeLevel HX used mystery shoppers to wait in drive-thru lines across 10 chains and 1,492 restaurant locations from July through early August to compile the annual study. https://t.co/fRgCJgdc77

As far as the most accurate drive-thru, no surprise that Chick-fil-A leads the pack, and was followed by Taco Bell. Arby's, Carl's Jr., and Burger King tied for third place.