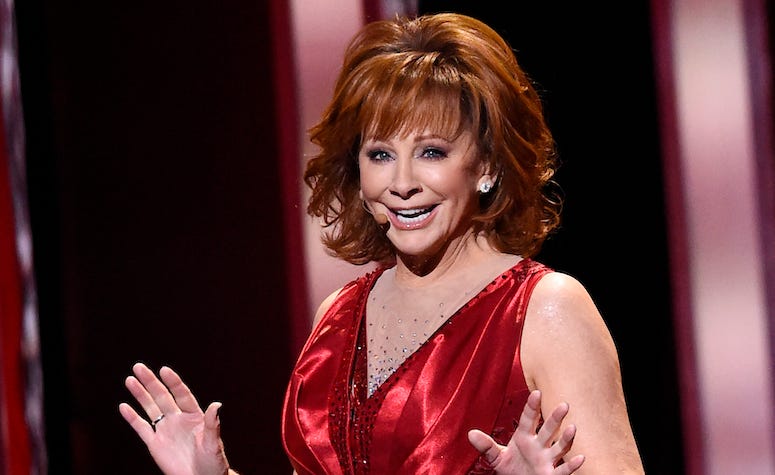 Country legend Reba McEntire was touring a historic building in Atoka, Oklahoma when the stairwell suddenly collapsed. Reba and her group were stuck on the third floor of the building with no way to get down.

Emergency Management Director for Atoka, Travis Mullins, told KXII, "We were just touring the building and the stairwell was weak, it seemed weak but we did not realize how weak it was until several people had gone down it and then we heard the crash and saw the stairs fall."

Luckily, the Atoka fire and police departments were on hand to rescue the singer and her party!

REBA RESCUED: Country singer Reba McEntire was helped down from a historic building after a staircase collapse on Tuesday in Atoka, Oklahoma. McEntire and her partner Rex Linn were touring the building when the stairs collapsed, leaving them stranded on the second floor. pic.twitter.com/l47m7fhhHj

Reba later thanked the Atoka fire and police departments for their "quick response" to their dilemma.

While my team and I were in Atoka, OK yesterday checking out an old historical building, a staircase collapsed. Thankfully, no one was seriously injured. We were safely evacuated from the building thanks to the quick response from the Atoka fire and police departments.