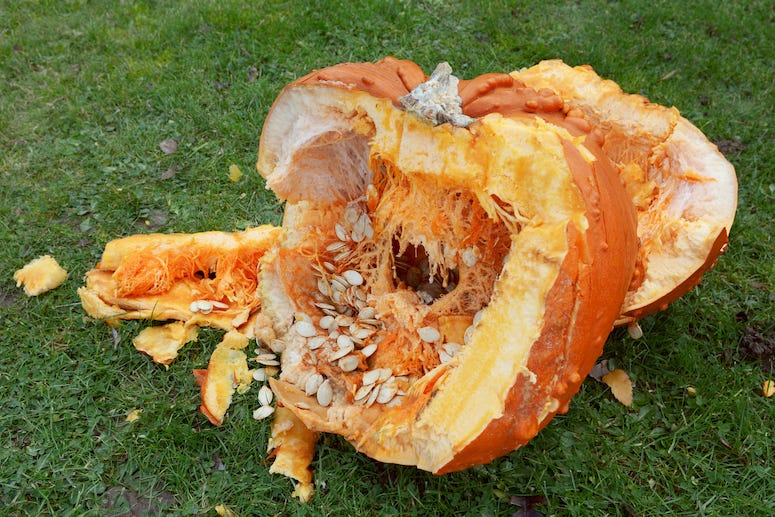 Police in Florida arrested a man following a domestic spat he had with his girlfriend.

The couple was having an argument which allegedly led to 26-year-old Nathan Garisto throwing a PUMPKIN at his girlfriend!

According to the police report, Garisto was "heavily intoxicated" whilst the couple argued, and refused to leave their place of residence when she asked. That's when he threw the pumpkin.

When police arrived at the scene, she was covered "in pumpkin seeds and pulp," though Garisto alleged he was throwing the pumpkin at the sliding glass door, and not his girlfriend.

Garisto pleaded not guilty to the misdemeanor charges, and was ordered to wear an alcohol monitor due to past convictions for drunk driving and possession of marijuana.