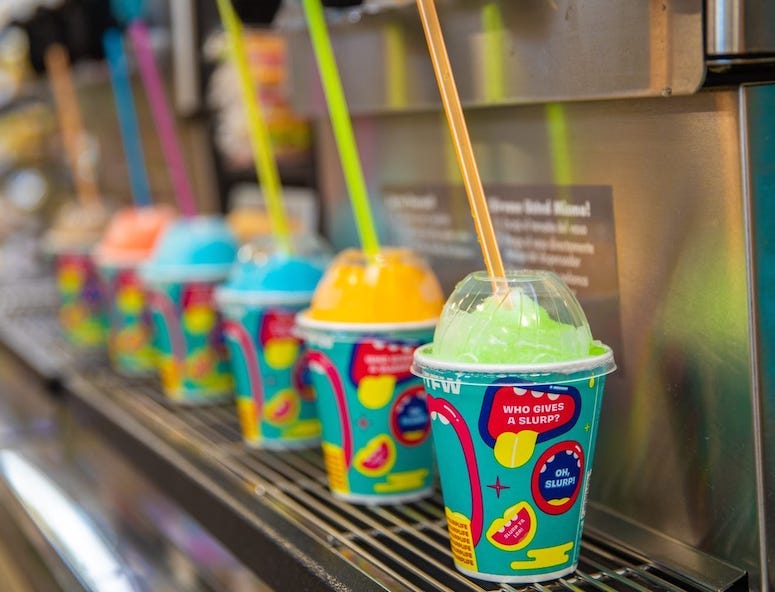 Back in July, Brian Duffy of Pinellas Park, Florida was arrested for assaulting a clerk at a local 7-Eleven.

Apparently, the 40-year-old Duffy "back-handed" a Slurpee drink out of the employee's hand, which according to the police report "flew onto the victim's person." Duffy denied to the cops swatting the Slurpee out of the victim's hand, though he did admit there was “an incident” where he “was being charged too much for a drink.”

The battery charge was later upped to a felony as Duffy's long record includes a prior misdemeanor battery conviction, and convictions for an assortment of other crimes, including theft, trespassing, cocaine possession, violating a protective order, possession of synthetic marijuana, violating probation, and leaving the scene of an auto crash.

Duffy pled guilty to the third-degree felony, which normally carries a statutory maximum of five years in prison, though Duffy was sentenced to just the five days he had already spent in the county jail prior to posting his $2500 bond.

Still fired from America, though.

Via The Smoking Gun