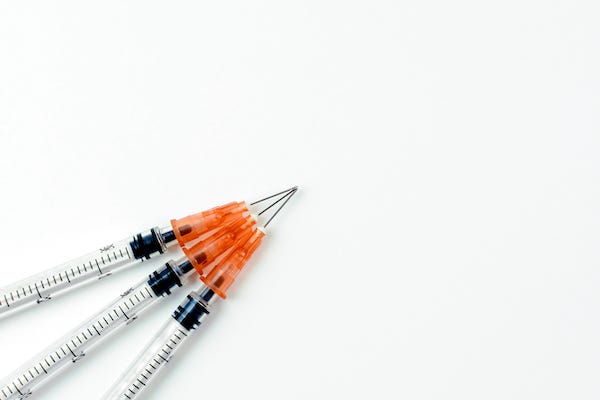 Now we're not 100% sure all of the methods people might try to use in order to catch a fish. Anything to make them bite, right?

Well, we are definitely certain that a bag of syringes will absolutely NOT do the trick.

Police in Vero Beach, Florida got a call this past Saturday afternoon about a man "visibly intoxicated on an unknown substance." While speaking to the guy after arriving at the scene, the cops noticed his pockets were bulging, and asked the gentleman if he had any weapons on him.

That's when 30-year-old Eric Bennett revealed that he didn't have any weapons in his pocket, but he did have a bag full of syringes.

Nothing to worry about though, because all Bennett uses them for is "fishing," at least that's what he told the cops according to The Smoking Gun.

Bennett wouldn't elaborate any further on exactly how he used the syringes to fish, and he apparently didn't have any other fishing equipment with him. Though police DID find a cigarette pack full of fentanyl, so Bennett was arrested for possession.

Bennett's rap sheet also includes arrests in the past for grand theft, drunk driving, driving without a license, and possession of drug paraphernalia. He's due in court next month.